A decision against using force in Syria, an embarrassed Obama, the prospect of a unilateral U.S. intervention launched without even the imprimatur of the U.S. Congress -- all that can be spun as a Russian victory if Putin keeps his cool. 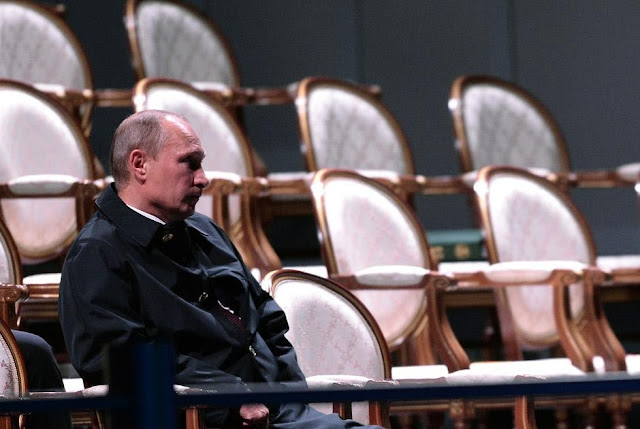 After months of standing firm (and almost alone) against international intervention in Syria, by the end of August, Russian President Vladimir Putin seemed resigned to the prospect of a U.S. strike against Bashar al-Assad’s regime. To be sure, he was not happy about it, but the use of chemical weapons against civilians in a Damascus suburb appeared to have brought the current phase of the Syrian crisis to its inevitable climax. In the face of repeated U.S. and international warnings that a chemical attack was the red line for retribution, coalition strikes on Syria seemed mere days away.
Yet events after the attack unexpectedly worked in Putin’s favor. First came the British parliamentary vote blocking Prime Minister David Cameron’s initiative to join any U.S. military assault. Then came U.S. President Barack Obama’s decision to put the issue to a vote before a reluctant Congress. The French government announced that -- unlike in Mali -- it would not go it alone in Syria. And United Nations Secretary-General Ban Ki-moon stated that the chemical weapons inspection team he had dispatched to Syria would need time to complete its work before determining whether there was sufficient evidence for the UN to approve the use of force.
Now, as Putin hosts the G-20 summit in St. Petersburg, he sees a new opportunity for Russia. Given all parties’ clear reluctance to take assertive action, Putin believes that an attack can be averted, or, at the very least, limited to a unilateral American action. Beyond some French support, and some sideline cheering by the Turks and the Arab League, Obama -- not Putin -- will be out on his own. And Russia will find itself no longer isolated on Syria.
Over the past week, Putin has used a series of carefully staged public appearances and interviews to stoke skepticism about the use of force. He has pushed the idea that the Syrian rebels launched the chemical attack themselves to draw in the United States and regain ground in a civil war that they have been losing. He has engaged in cleverly orchestrated pieces of political theater, including encouraging Russian Duma deputies to reach out to members of the U.S. Congress before they vote. Putin has been judicious in calling for a review of the facts, and pointing to the importance of not doing anything rash. He has also left open the possibility that Russia could play a role in UN action against the Syrian regime -- if the secretary-general obtains irrefutable proof that Assad ordered the use of chemical weapons against his own civilians. Putin has stressed the need for high evidentiary standards to avoid repeating past mistakes, such as sanctioning U.S. intervention in Iraq on the basis of faulty intelligence on WMD.Whether these moves are sincere or not (most likely, not), they resonate with audiences in Russia, and with some outside Russia who have opposed past U.S. military actions. Putin has picked up on all the prevailing arguments against intervention and, by repeating them, staked out a position for himself as a defender of international law and principles. He has presented himself as a savvy leader who recognizes a provocation when he sees one and refuses to rise to the bait. He is poised to declare a moral victory for Russia and to take the credit if Obama backs away from intervention.
In his statements about Obama, moreover, Putin has not insulted the president personally, nor questioned his integrity directly. His jabs at the U.S. position have been deft. Even if one does not trust his motives, it is clear that Putin has at least put Obama in the awkward position of having to justify why he drew red lines on Syrian use of chemical weapons and why he cannot wait for the UN decision -- and all that while Obama is in Russia, in front of a generally skeptical G-20 audience. 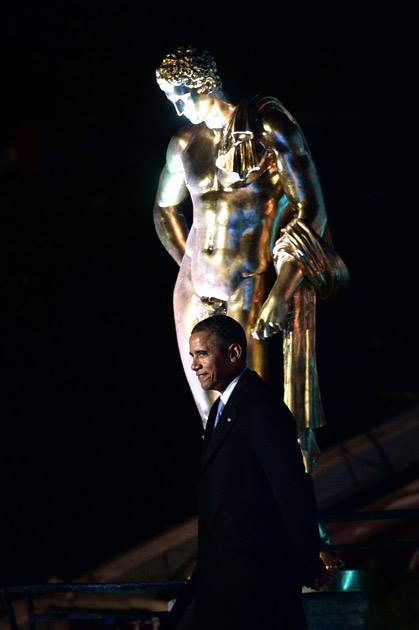 Putin is particularly skilled at keeping his opponents off balance. And there is no question that Obama is Putin’s opponent on the issue of Syria. All along, Putin’s goal has been to stop the United States from attacking the Syrian regime -- not to protect Assad but to protect Russia. Putin wants a strong leader in Syria who can keep things under control. He wants to make sure that terrorist groups with ties to extremists in Russia’s troubled North Caucasus region do not turn from operations in Syria to strikes against Russian targets. Putin also has some experience to draw on to achieve his goals.
He counts on being underestimated and discounted -- dismissed as the slouchy “bored kid at the back of the classroom” (as Obama described him in a news conference on August 9). This is an image Putin has cultivated for a very long time. As a bored kid in Leningrad in the 1960s and 1970s, Putin skulked at the back of classrooms but was energized in his free time by his pursuit of judo. He became extremely accomplished in the sport -- competing with distinction at the regional and national levels. Putin frequently underscores how much he benefitted from the qualities of judo. Naturally hotheaded and scrappy, the young Putin learned discipline through studying judo; it taught him self-restraint. His training focused on how to leverage his opponents’ strengths against them, and how to wait for the right moment to capitalize on their missteps. The real skill in judo is keeping the opponent perpetually off balance, not roughly pushing him down to the mat. Finesse, not force, earns points with the judges. This ability was a valuable asset once Putin joined the KGB and needed to, literally, stand and watch quietly in the shadows, waiting for someone to screw up.
Putin knows what he is doing. He stands back while others blunder in and act in the heat of the moment. He needles and riles his opponents so they trip themselves up and do his work for him. Putin intends to win this particular round of his sparring match over Syria on points. A decision against using force in Syria, an embarrassed Obama, the prospect of a unilateral U.S. intervention launched without even the imprimatur of the U.S. Congress -- all that can be spun as a Russian victory if Putin keeps his cool. Against the backdrop of the G-20 summit, the international community will be the judge of whether Putin or Obama has made the most skillful moves. 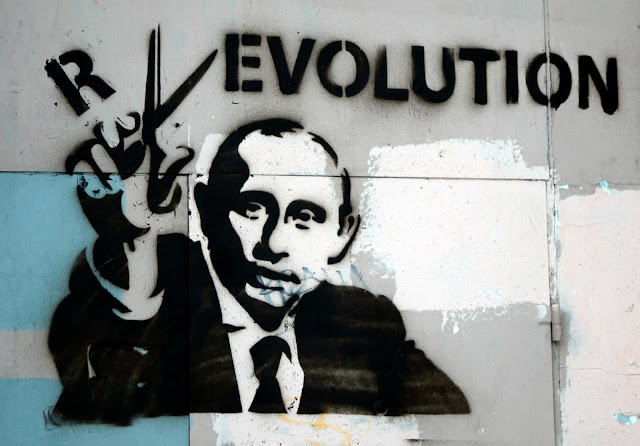