2021 Review of the Russian Economy and Equity Markets 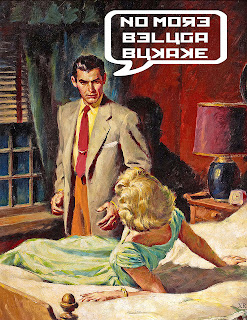 For the Russian market, the end of 2021 saw the outflow of foreign investors’ monetary assets and an accelerated fall of the key indices, against the backdrop of foreign policy tensions and mixed signals from international stock exchanges. Talks about Russia's conflict of Ukraine, aggressive rhetoric between Russia and the West and the risk of imposing a new set of sanctions played a determining role. Geopolitical risks and the toughening tone of Western countries towards Russia make investors forget about external factors for the time being.

The pandemic, and in particular the emergence of the Omicron variant of Covid-19, also continues to have a significant impact on the dynamics of both the global and Russian markets. Additionally, the suspension of trade for Rusnano bonds caused uncertainty and alarm for the whole Russian market.

One of the results of the year was the withdrawal of $220 million of foreign assets from Russian stocks - a record amount since April 2020. However, this behavior went beyond the Russian market. International investors sold assets in almost all emerging markets, fearing a tightening of the U.S. Federal Reserve's policy, with investors transferring money into shares of U.S. companies as a result. Ahead of the last Fed meeting in 2021, Fed Chairman Jerome Powell sharply tightened his rhetoric, abandoning the term “transitory inflation,” and the Fed’s last meeting suggested three rate hikes are possible in 2022. Global investors reassessed risk and hedged in response, and as a result, cash flows are shifting from emerging markets to the more solid and crisis-resilient developed markets. According to EPFR, developed markets funds raised nearly $34 billion month-to-date by mid-December.

September was the best month for the Moscow Exchange this year, as the index rose to new  historical highs through most of the month, peaking near the end of September. However, Russian indices noticeably declined toward the end of the year amid high inflation and negative expectations from the Central Bank policy. In mid-December, for the first time since April 2021, the MOEX Russia Index dropped to 3,532.29 points, though it then was able to recoup most of its losses. However, experts believe that the decline is primarily due to foreign investors, as Russian investors have long been accustomed to geopolitical tensions, sanctions, rhetoric and other factors that discourage foreign capital. Russian investors know the situation from the inside, they are less susceptible to panic: they observe the growth of dividend yields and plan their buys. 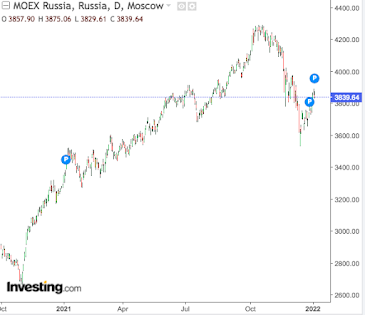 The emergence of the Omicron coronavirus variant, as well as news of its rapid spreading, and the accompanying increase in global inflation, have all had an adverse effect on the dynamics of the Russian market. A series of new lockdowns in European countries also greatly affects the situation with stocks in Russia. The U.S. market, however, has taken the corona news from Europe in stride, and there also have not been new lockdowns in the U.S.

At the same time, due to the black swan in the form of a pandemic, a liquidity overhang has been created, with states having to spend significant funds to combat the spread of the virus, and to treat and vaccinate the population. These costs have contributed to inflation. Economic stagnation and pressure on small and medium-sized businesses have led to a significant decline in GDP growth in Russia. It will take time to restore the normal functioning of economic processes and the labor market.

Towards the end of the year, the Central Bank of Russia decided to raise its key rate to 8.5%. This step was not a surprise, especially since the regulator itself had warned about the increase in advance. The reason for such a step was inflation, which exceeded the Bank of Russia’s expectations. The Central Bank expects that this increase of the key interest rate will help slow down the rate of price growth and return inflation to the earlier targeted level of 4% by the end of 2022. The regulator does not rule out that it will need to raise the rate again in the future. 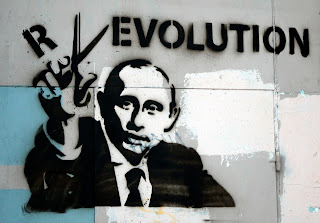 As for the performance of specific companies, VK Company (MCX:VKCODR) (Mail.ru), Petropavlovsk PLC (MCX:POGR) and X5 Retail Group NV (MCX:FIVEDR) are among this year's biggest losers. VK (Mail.ru) is down 40% since the beginning of the year, a record drop among all stocks in the index. Its shares continue to drop past historical lows, trading already below 1,200 rubles. Experts link this trend to the fact that the billionaire Alisher Usmanov sold his stake in VK, followed by Gazprombank buying in and then transferring its stake in VK to Gazprom-Media Holding.

Gold miner Petropavlovsk's shares have fallen 33% since the beginning of the year. In the first half of the year the shares were pressured by the corporate conflict of owners and reduction of production capacities.
Shares of the leading retailer X5 Group also failed to please investors this year, one in which shares dropped 25% from levels seen 18 months ago. The impact of inflation is evident here, as price pressure in the economy led to a widespread rise in the cost of goods and services, as well as food products. It would seem that retail should skim the cream off the top and pass on price increases to customers. But this is not the case - people save more on products where a high marginal markup of the intermediary is allowed, and in the pricing of essential products there are taxes built in.

Despite all the above negative factors, there were success stories in the Russian stock market this year. Some companies demonstrated stable growth and profitability against the background of a shaky market, among them Gazprom (MCX:GAZP), Sberbank Rossii PAO (MCX:SBER), VTB (MCX:VTBR), and NK Rosneft PAO (MCX:ROSN).

Gazprom posted an IFRS profit of 1.59 trillion rubles in the first 9 months of the year, compared to a loss of 202 billion rubles a year earlier. The company expects that it will receive record dividends and have a double-digit dividend yield by the end of 2021.

As for Sberbank, its shares have become the most popular securities in Russian-language social media in 2021, according to a study by Brand Analytics. The second place in the ranking was taken by shares of the already named Gazprom, with third place taken by Yandex NV (MCX:YNDX) (NASDAQ:YNDX). Since the beginning of the year, ordinary and preferred shares of Sberbank went up by about 20%.
VTB's IFRS net profit in the first half of the year increased by 307.2% year-on-year and amounted to 170.6 billion rubles. Moreover, VTB is often cited by experts as one of the best investment opportunities among Russian companies in 2022. The head of the bank Andrei Kostin predicted that by the end of the year VTB's profit will exceed 300 billion rubles. At the same time, top managers have repeatedly announced that they are going to keep plans to pay 50% of net profits to ordinary shares. Presumably, next year VTB will show an unprecedented high dividend yield of about 15%.

At the end of Q3 2021, Rosneft's financial results exceeded forecasts, with net income up 35% on Q2 2021. In addition, a strong factor in the attractiveness of investment in Rosneft is the implementation of a major project, Vostok Oil. Many analysts also consider it an attractive target for investment. The Russian broker BCS included it in a similar list in December. In addition, the largest U.S. investment bank J.P. Morgan also put Rosneft on the list of best global opportunities in 2022. Analysts believe that the oil sector will be the driving force behind economic activity in Russia. The oil price is projected to continue its rise in 2022, with an average expected price of $74 - a level above the annual average for the past 7 years