Why Russia could be a gusher for daring investors
When oil prices collapsed in the wake of the 2008 economic crisis, Russia, the world’s top oil-producer, was hit hard and investors fled. More than three years later, foreign money appears to be returning. But as presidential elections approach and political uncertainty grips the nation, nerves are once again setting in.

According to analysis by Russian investment bank Troika Dialog, $475 million cascaded into Russian retail funds in the 12 months through Feb 15. Russia was the second-most popular investment destination after China among the so-called BRIC countries (Brazil, Russia, India, China), despite its comparatively slow economic growth and its greater exposure to the troubled European region.
The growing interest in Russia comes at a time when oil prices are rising and the country is recovering strongly from the global economic crisis. State statistics agency Rosstat in January reported that the economy grew by 4.3% in 2011, surpassing forecasts. Continued growth is expected in 2012, though at a more subdued rate, as Europe, a major customer of Russian oil, continues to struggle with its sovereign debt crisis.
Russia-focused analysts also point to falling inflation, strong exports and increasing retail sales as reasons to be bullish on the country. Increased demand from the Russian middle class, which is growing in both number and influence, is also bolstering sentiment.
Bank of America Merrill Lynch analysts have even suggested that Russia could be “the next Brazil,” if it considers wooing foreign investors to help develop offshore oil and gas resources, as the South American nation has done in recent years. 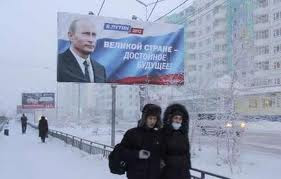