I have finally written this post summarizing the result of a year-long research project exploring the Russian and Eastern European startup ecosystem. The results will hopefully help those who weren’t invited to join the GOAP crowd to get a better sense of what is happening in the former socialist countries from Slovenia to Russia.

There is a lot of action in Eastern Europe, but for lack of time I simply cannot tell all the stories. Instead I have pulled together names and links, and created a few social media lists to connect startup entrepreneurs, accelerators, and investors in Russia and Eastern Europe on Facebook, Twitter and Google+. You can find these lists below. 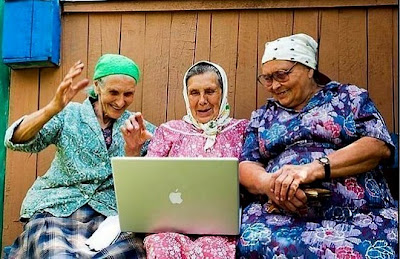 StartUp at the village

And the Winners are...

At the end of 2012 RusBase has put together an unusual review: they have looked at the winners of all Russian start-up conferences, competitions and awards and determined the most active start-ups, based on the amount of received prizes and experts’ mentions.
They have therefore gathered a list of startups that classify as the best in 2012 according to Russian start-up contests. In order to do this, we have collected the results of all the major startup events of the year: RIW UpStart Conf, The RuNet Prize, IDCCE, Startup of the Year, the Technovation Cup, Web Ready, BIT, Startup Rating of Digital October and RBTH.ru, TC Moscow in 2012, the Forum Apps4All, Russian Startup Index, and Devgeneration 2012. 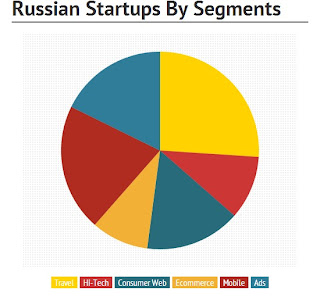 The highest number of awards this year went to the project "RealTimeBoard", receiving five prizes in various competitions and events. RealtimeBoard is based on the latest technology MMO (Massive Multiplayer Online – a technology for browser multiplayer games), where you can visually work with images, photos, videos, documents, and other types of Digital Content. In order to develop further, the company is planning to increase its functional capabilities, including the improvement of corporate accounts and security settings that they need for business decisions.
Other startups that won the international competition held in Russia and the CIS are “Kuznech” and “Excursiopedia”. The first project Kuznech, funded as part of an innovative project aiming to create a visual image retrieval system on the Internet, won IDCEE.
According to the TC MOSCOW 2012 contest, however, the best project was Excursiopedia, offering a huge choice of excursions that can either be physical or cognitive. The service is similar to Airbnb in its tours service: you can choose your type of excursions wherever you go. The service offers travelers the option to contact private guides as well as travel agencies.
Below you can see a graph of the main Russian startups of 2012 according to the various competitions. The graph shows the number of times these startups won prizes in various events. 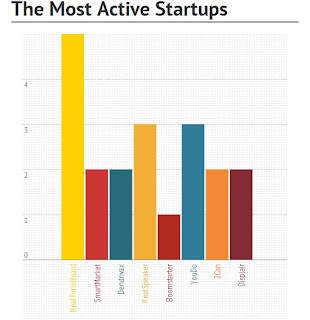