The first " Russian-Swiss Innovation Day ", organized on the initiative of Mr Frederik Paulsen, the honorary consul of Russia, gave us a chance to compare the logic of innovations between Switzerland and Russia. It was held at the Rolex Technology Center, landmark building of the Swiss innovative spirit, it gathered more than 350 participants.

This comparison may seem surprising at first. If we look at the relative size of these economies, Switzerland is a squirrel and Russia would be a bear. Yet, in terms of innovation, Switzerland weighs much more than what we could imagine on the basis of its population and its territory. The success of the Swiss "model" innovation is undeniable and supplies the dynamism of the Suisse Romande. Export sectors of pharmaceuticals, medical equipment, precision mechanics drive the economy and are strongly linked to innovation.
The latter are aggregated and are now clusters of innovations that are mutually reinforcing. We can therefore speak of the creation of an "innovative district" about the group consisting of around Lausanne and its surroundings. It is run by prestigious universities (UNIL and EPFL among others), both public and private laboratories, some of which are home to giant projects like Human Brain, and companies ranging from start-up to the multinationals through medium-sized companies.
The foundations of the existence of the “regions of innovation”

But how can we succeed in creating a dynamic set on innovation? Skolkovo project officials presented their vision of this ambitious project which already attracts considerable capital. Announced with great buzz by D. Medvedev when he was president, however, it seems to have been significantly reduced and led to investigations for embezzlement of public funds. It counts today (2013), by Mikhail Myagkov, Vice-President of the Skolkovo Institute, only thirty-eight students at Skolkovo and it is expected to have no more  than two thousand  in 2018. This means that it is far not only from the major platforms such as Silicon Valley (with Stanford University) or the Boston area (with MIT), but also compare to the region of Toulouse, France. Skolkovo is even smaller when compared to the center formed by the EPFL, which account for its 4,000 students and nearly 2,500 full-time researchers, or UNIL in Lausanne.
Traditionally, the innovative regions are created around big universities. From this point of view, the presentations of the president of the EPFL Mr Patrick Abisher, of Dominique Arlettaz, the rector of the UNIL or of Martin Vetterli, the National Head of government of Helvetic research sharp on from the speech admitted by the representatives of Skolkovo.

They besides stressed three points which were essential in the constitution of a «region of innovation» around Lausanne.

The first is the presence of big multi-disciplinary university institutions which assure the existence of a reservoir, both by the professors and by the advanced students and postgrade, for innovation. The big universities, through the offer which they bring on the same place but also by the habits of cooperation which weave between students, teachers and researchers, are therefore particularly important fields from this point of view.

Second is the importance of public financing. These last are essential at the same time for the development of basic research, but also to a large extent of applied research. Indeed, as well as various dealers reminded of him, different Swiss public funds contribute at the level of 75 % to 90 % (according to plans) in the total financing. At a time when they do not cease extolling the charms of (Private Public Partnership), it was good that is restored the truth of figures.

The third key point widely noted by stakeholders, is a spirit of openness, both vis-a-vis researchers from around the world from the point of view of businesses, they come, attracted by the "district innovation "or the start-ups. On this point, the participants emphasized the high "mortality rate" in start-ups (about 90%). In fact, given the extreme novelty of the areas where these companies grow, failure is statistically more the rule than the exception. This is the principle "trial and error" that is the only to reach a good relationship between an innovative principle and a particular form implemented in a given company. 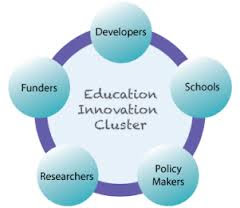 One might think that Russia is well fenced in  projects without a future, but it is not the case. Other speakers have shown that innovation is growing rapidly in many cities in Russia through the creation of science parks -Technoparks-  and incubators. In fact, for nearly four years, all the major state universities and the Specialist Schools have created innovation parks. The most famous is undoubtedly that of the University of Novosibirsk, but others exist in major academic centers.
They are the product of a strong interaction between the scientific potential of high quality and funding, direct or indirect, of the state. Industry, both Russian and foreign, also does not make mistakes and develop (or acquire an interest) next business parks and incubators which develop these "clusters" of innovation.
There is thus not only the innovative potential of Russia is important in these areas, but opportunities and markets exist. International cooperation on some of these projects are already largely developed. The Director of the Department of Innovation Rostekhnologia (SOE) and the Rector of the Moscow Institute Baumann emphasized the synergies that are taking place for several years between basic research and application development, which then ensures Rostekhnologia industrialization or in state-owned companies or in joint ventures. 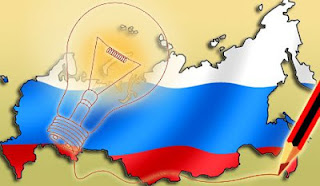 Mrs Irina Ananich, head of strategical cooperation to the Russian agency of energy stressed biomaterials for the development of alternative forms of energies. Studies, among which some were jointly led with Swiss companies, showed the interest of the creation of thermal power stations of small sizes to give energy in a decentralised way, especially in the case of the rural communities. These power stations should use the waste of agriculture (the biomass). Also, the use of some waste to feed thermal power stations is a solution for cities. A particularly important point is that the question of the development of new energies go hand in hand with that of the treatment of waste but also that of the treatment of the water. There is therefore here a very significant example of the necessity to link different disciplinary fields in the field of the sciences of nature (from biology to the physics), but also to link them up with social sciences, as economy (for an analysis of costs), sociology or demography (to envisage the temporal dynamics of these communities). Other examples were given, which confirm the necessity of it «to think global» which is at the root of modern innovation.

Skolkovo would not therefore have become the tree which conceals the forest. Innovation develops fast in Russia. But, all this will have sense only if the movement of investments in fixed assets stays in Russia. So that innovations spread in the country, it is not only necessary that the investment develops, but that the part of this investment which concerns the industrial equipment does not weaken.

Innovation is not therefore initiated out  of people shouting and jumping on chairs "innovate, innovate …". It can not be imposed either by the creation of specialized public agencies targeting a particular area, even though it may require the establishment of appropriate financial institutions. It involves thinking globally economic policy and system research and education. It also involves maintaining a balanced to ensure demand economy. It involves, finally funding in all its complexity, and to ensure that the micro-instruments, but also macroeconomic (and in the foreground with the monetary policy of the Central Bank) are consistent with this policy. Finally, it requires constant commitment of the State in all its ways. None of this is easy, and some of these instruments could be inconsistent with the current rules of the European Union. 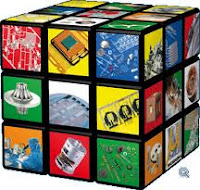 It also proved that  the Swiss economy is much more than only its three caricatural poles : banks, watches , chocolate !

Held last April in Moscow and Kazan, Tatarstan, the 2013 edition of the Russian tech tour offered yet another illustration of the growing appeal of the Russian tech scene to venture capitalists.
Not only did we visited some of the Russian capital’s hottest tech spots, from Skolkovo to Digital October Skolkovo to Digital October, we also paid a two-day visit to Kazan, the capital of Tatarstan. At 500 miles from Moscow, this autonomous Republic of the Russian Federation has developed several major innovation projects  over the past few years.
The Kazan part of the tour very much impressed the foreign participants. We highly appreciated the quality of the projects, not to mention the city’s historical heritage.
Twenty-five startups were presented to the tour’s participants – selected from among 150 applicants. The better part of these finalists were  IT companies, but others related to cleantech and renewable energy, new materials and processes, and medical instrumentation. Just two were applying for seed funding while 32% were at start-up stage, 56% at expansion stage, and one presented itself at being at pre-IPO stage.
Tech Tour’s 25 select emerging Russian tech companies
Please click here to download a more detailed overview. 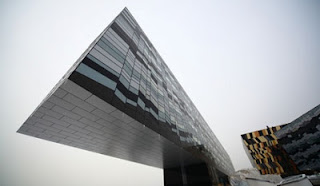