First attack on the MES : Prelude to a final showdown or just a n*th iron-arm pass ?


Dublin will hold a referendum on the eurozone fiscal pact, plunging Europe into months of uncertainty and potentially placing a question mark over Ireland’s membership of the euro.


Enda Kenny, Ireland’s prime minister, said Dublin’s head legal official had advised that “on balance” the Irish constitution required the treaty to be put to a vote. It is likely to take at least three months to organise a referendum. 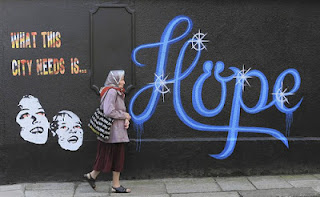 A recent opinion poll found 40 per cent of the 1,000 Irish people questioned said they would support the treaty, with 36 per cent against and 24 per cent undecided.
EU officials believe by holding a referendum Dublin could increase its leverage over the EU to force new concessions on winning debt relief on its banking debt and resisting pressure from France, which wants Dublin to increase its corporate tax rate.

Under the Irish constitution, the Irish people have to vote to ratify any significant transfer of sovereignty to Europe. Dublin has held referendums on every significant EU treaty since 1987 when Raymond Crotty, an economics professor, won a landmark legal challenge against the state, forcing a plebiscite on the Single European Act.

Dublin had desperately hoped to avoid a politically divisive referendum while implementing more than €30bn in austerity measures to cut its budget deficit. Irish officials had worked closely with EU officials to try to limit the scope of the treaty in the hope it would enable Dublin to ratify the treaty through legislation rather than a national vote.

A no vote would mean Ireland was not eligible for funds from the European Stability Mechanism, the eurozone’s new bail-out fund. The pact can enter force with the support of 12 of the 17 countries that use the euro, effectively removing any single nation’s veto over the accord.