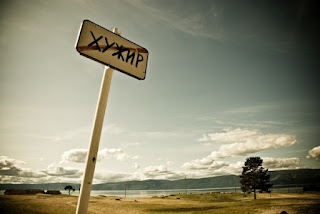 Siberia on its way to create its own Silicon Valley

One of Russia’s leading business monitors, RBC daily, pooled efforts earlier this month with the St. Petersburg Politics Foundation and the Russian Presidential Academy of National Economy in putting together a ranking of Russia’s regional innovation activity for the first two months of this year. The four leaders in this ranking are the Krasnoyarsk, Tomsk and Novosibirsk regions and the Republic of Tatarstan.

The most current ranking clearly shows the importance of Siberia as a leader in Russia’s development as an innovation economy. Placing the Krasnoyarsk region ahead of Tomsk, last year’s indisputable number one, might be questioned, though, but the overall trend is clear.


Perhaps, psychologically this is because of the independence of much of the people in Siberia. I recall several years back meeting an economist on a flight from Moscow to Novosibirsk, and the economist was a woman my age. She had studied economics in the former Soviet Union in Novosibirsk at the same time that I had studied economics in the United States. And we compared notes.


I was shocked to understand that they were teaching almost exactly the same things in Novosibirsk at that time about realities of market economics and failures of the Soviet Union as I was learning in my own studies at Stetson University in the mid-1980s.


From this example I understood that the people in Siberia were very far away—not only geographically but perhaps also culturally—from Moscow and from Gosplan and other structures of the Soviet Union. And this independence was perhaps relegated to the far-away regions of Siberia during the time of the Soviet Union. With the crash of the USSR and the country’s opening, as the economy has become globally integrated, new technologies have allowed this to only strengthen.


That woman explained to me that the books that they read in Siberia in the 80s were open although they were on black lists in Moscow. In Moscow, the knowledge that they were learning openly in Siberia was not allowed to be taught.


For me it was shocking to see that. Today it’s not shocking to see that Siberia is becoming one of the leaders in Russia because the true innovation economy is a bottom-up driven economy. The regions that have allowed their young innovative entrepreneurs to thrive and to grow, and to develop themselves, are naturally going to become the leaders in any emerging innovation economy in Russia.


Any global economist can demonstrate the importance of top-down macroeconomic strategies on the part of the government to develop very large-scale government priority projects. This is clear and historically obvious; you can see the results in the space race to put the first man in orbit and then on the Moon, for example. These top-down programs significantly accelerated human development. But taken alone top-down economic initiatives and macroeconomic programs are not enough to create an innovation economy. They must be met by bottom-up initiatives of individual people proposing their own ideas, which can solve specific market related problems.


Therefore it seems to me absolutely non-surprising that three top regions in Russia, Krasnoyarsk, Tomsk and Novosibirsk, are all based in Siberia. And I believe they are going to create their own analog of our Silicon Valley, a very strong innovation clusters system. And perhaps what will emerge is a network of open collaboration between these different cities as exists in different parts of the United States, for example. Silicon Valley is a very long geographically spread out place with different base structures, which are interconnected by human capital and infrastructure and government programs and private programs. So I expect that to develop also in Siberia.


These macro top-down investments, including the development of the Alabuga SEZ, have been instrumental in attracting investors, and not only Western manufacturing investors but also financial investors. The emergence of Tatarstan’s Clean Tech Fund has been a very positive development showing Tatarstan as a region to be extremely proactive in attracting financial investments in clean tech and hi-tech industries.


This doesn’t mean that other potentially attractive innovation clusters in Russia, surrounding certain regions of Moscow and St. Petersburg and Nizhny Novgorod and Samara, aren’t also developing rapidly. I think they are, but they may be working ‘below the radar.’ I think what sets apart those regions in Siberia is firstly the very strong independent nature of the local people who are promoting themselves and their regions.

A Territory Flush With Natural Resources

Once a barren land marked only by political tensions, the endless, sparsely populated frontier between China and Russia is now crossed by goods and trade. The explanation is in the numbers: an area accounting for 60% of Russia’s land mass is inhabited by only 8% of the entire population, barely 12 million people. Out past Mongolia, however, the Siberian Far East is a territory flush with natural resources, and a relatively dense Chinese population just across the border. Rich, ambitious, and thirsty for energy, neighboring China is a natural partner for the development of Siberia, an easy conclusion that is gaining traction.  The alternative, linking Siberia to Moscow, has already proven to be too difficult and expensive in the past. The distances are immense, there is little infrastructure, and the costs of setting one up and maintaining it would be unbearable. The Sino-Russian relationship has rekindled, but with economic interests in place of the ideological synergies of the past.

China replaced Germany in 2011 as Russia’s largest trade partner. Russia has now become China’s 10th largest supplier, largely due to the export of raw materials, and Beijing often intervenes directly in the extraction and transfer. A pipeline terminating in the northeastern Chinese city of Harbin, 3,700 km from its origin in Russia, is now being complemented by the East Siberia Pacific Ocean (Espo) duct that, despite not yet being completed, already carries 600,000 barrels of crude to Russia’s pacific ports each day. Other projects are underway, ranging from hydroelectric energy transmission, to natural gas transportation and extraction of gold, silver, copper, and molybdenum from Siberian mines. The political framework supporting these initiatives is the “2009-2018 Cooperation program,” signed by Presidents Hu Jintao and Dmitri Medvedev, an agreement that envisions the realization of 205 projects in the border regions.

The new relationship is already changing Siberia’s landscape. The population is on the rise again, after a dramatic 22% drop following the collapse of the Soviet Union in 1990. Old mines, dating back to the Stalinist era, have been reopened and are now back in operation. Former Soviet engineers and technicians, who migrated to more prosperous regions after the collapse, are returning to their hometowns to take advantage of the current boom. Pressure is also being felt from the neighbors to the south. The new opportunities are a magnet for Chinese workers and entrepreneurs, attracted by the untouched resource-rich lands to the north. The Heilongjiang River (River Amur in Russian), where the two countries fought a war in 1969, is now bridged by the exchange of goods, capital, and ideas.

About half a million Chinese live in Russian Siberia, along with the tensions that are often felt following the opening of borders that have traditionally kept two countries separate.  Beijing and Moscow nevertheless see an opportunity for reciprocal benefit in this situation. Russia gains in development and demographics, and China is able to relieve some of its internal stress caused by overpopulation. Siberia attracts old Russians and new Chinese with the promise of a rich new land that would otherwise be nothing more than a windswept desert.
Publié par claude@investlogic à 09:01