On Gold, A Cracked Dam, And The Fed's Small Thumb

We have replaced fundamental growth with the illusion of growth brought on by constantly increasing the monetary supply, aka, inflation. But like any good Ponzi scheme, even this one has a limit and investors briefly approached it in 2008.  When it looked like our global banking system was going to collapse, investors started dumping everything in site, essentially a de facto rejection of dollar based assets.  Alas, this terrible 'fiat' system is finally coming to its' inevitable end. 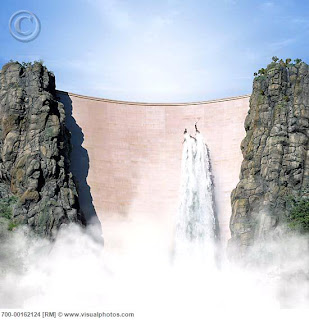 Real growth vs. the illusion of growth
Understand the below video Understanding Fiat and you will understand what I mean when I say that the United States of America (and the rest of the world for that matter) has not fundamentally grown much at all over the last 40 years.


We have instead replaced fundamental growth with the illusion of growth brought on by constantly increasing the monetary supply, aka, inflation.