Grab your mouse and get it on iBuildApp 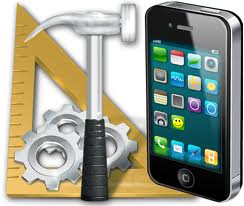 A US-based team of Russian IT developers, iBuildApp, has been pushing its innovative mobile infrastructure project aimed at providing businesses with affordable and easy-to-handle ways of building and managing mobile applications. Already an established ‘do it yourself’ enabler of Android/iPhone apps, the two-year-old start-up is also a resident of the IT cluster at the Skolkovo innovation hub outside Moscow. In defiance of decades-long domination of IT gurus in making and marketing user apps for mobile gadgets, iBuildApp has made it possible for any Internet layman to create, test, publish, and then sell in the Web his or her own add-in modules by a simple mouse click. iBuildApp’s monetization focus is on selling monthly and yearly subscriptions for its services. The technology is said to have already helped create in excess of 230,000 mobile applications by an estimated 180,000 corporate app developers.

iBuildApp has built a self-service web platform that helps put together app components and offers a user-friendly interface. With its simplicity and reported handiness it may be a perfect tool for small and medium-sized businesses to resort to.

Founded two years ago and headquartered in Foster City, CA, iBuildApp is providing solutions for top players in a range of sectors, small businesses, not-profit organizations, and media artists. It is also a participant of the Skolkovo innovation program expanding outside Moscow.

Between 2010 and now the start-up registered more than 11 million entries by an estimated 180,000 companies that develop applications. The iBuildApp technology is now at the heart of over 230,000 apps, of which an estimated 60,000+ have been published. In excess of 2.5 million people are said to visit the company website each month.

A young start-up company still seeking patents for its technology, iBuildApp can nonetheless be already called a ‘do it yourself’ (DIY) system classic, enabling its clients to take “minutes” to create and publish mobile and web-based applications for the iPhone, iPad, Android and HTML5-based systems, and monetizing its web platform through selling monthly and yearly subscriptions for its services.

Can use a mouse? Make a mobile app

Rafael Sultanov, the CEO of iBuildApp, believes that removing technical barriers in creating and selling user applications for mobile devices is what has propelled the start-up into a leadership position in the global DIY segment. With its technology any rank and file Internet user, not a programming sage, can develop, test and offer for sale his or her mobile add-ins by simply dragging required components with a mouse.

In the system, add-ins are created as web APIs (application programming interfaces) and can then be linked up to other web APIs and databases. Using the iBuildApp modules in designing an app saves a developer both the time and the cost of work, the innovative start-up says.

Add-in makers have been able since late August 2012 to market their iBuildApp-enabled products to other users, including business owners, on a special platform page called Marketplace. The start-up is working on making it possible for app creators to sell not only functional modules like those for commerce, communication, graphics, geolocation, media, etc., and UI (user interface) templates like bars/restaurants, e-books or music, but also template components.

Coming on the heels of its famous predecessors like Pinterest or PhoneGap, iBuildApp may be considered a cut above those in its focus on non-expert audiences, and on the less well off.

With Pinterest one must invest good money and time, and hire a team of developers to do the job. The next level of solutions, PhoneGap and Titanium Appcelerator, has simplified cross-platform development but still requires substantial programming skills. That is why the iBuildApp-led ‘do it yourself’ business dimension, requiring none of those, is now on the rise.

In what sounds like a notable appraisal of how easy-to-handle the new technology is, Albert Efimov, the director of Skolkovo’s IT cluster, said with iBuildApp his young son had created his first iOS application all on his own. Now that Skolkovo supports the US-based Russian-driven start-up with infrastructure resources, iBuildApp is hitting the global market. 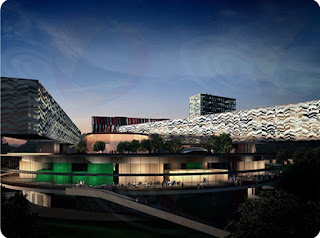