The Good The Bad and the Ugly

The evils of this deluge of paper money are not to be removed until our citizens are generally and radically instructed in their cause and consequences, and silence by their authority the interested clamors and sophistry of speculating, shaving, and banking institutions. Till then we must be content to return, quo ad hoc, to the savage state, to recur to barter in the exchange of our property, for want of a stable, common measure of value, that now in use being less fixed than the beads and wampum of the Indian, and to deliver up our citizens, their property and their labor, passive victims to the swindling tricks of bankers and mountebankers.
–Thomas Jefferson, in a letter to John Adams, 21 March  1819


In a growing, healthy, productive economy, you're probably better off owning shares in enterprises that create value. But you would have to be retarded to say that US stocks (or Japanese stocks for that matter) are rising because corporations are suddenly creating more value. That's not happening. Bad money is driving up shares and good money is going to gold.
Another way of putting it is that the currency war is forcing investors to take a side. You're either with stocks, or against them. Gold doesn't have a yield and neither do most government bonds anymore. Central bankers have eliminated the spread of assets competing with equities. By doing so, they've produced a rally in stocks which they hope will precipitate a recovery in the real economy.
They need the recovery because the only non-catastrophic way to deal with the big public and private debt overhangs is to grow it out of it (with a little inflation salted in). If they can't print their way to a recovery, then the whole model of creating prosperity through money printing is exposed as a giant fraud – which is exactly what it is. 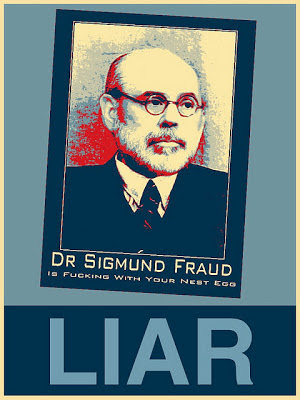 Japan has opened a new front in the 'currency wars'
'Nations have no permanent friends or allies, they only have permanent interests.'


The US, UK and Switzerland are already enjoined, with Europe likely to take up arms shortly. Nations which constitute around 70% of world output are 'at war', pursuing policies which entail devaluation and currency debasement.
But currency conflicts are merely skirmishes in the broader economic wars between nations. Most developed nations now have adopted a similar set of policies, to deal with problems of low economic growth, unemployment and overhangs of high levels of government and consumer debt.
The US and Japan defend their actions, claiming that they are not seeking to devalue their currencies but only trying to boost their domestic economy.

In a recent speech, Federal Reserve Chairman Ben S. Bernanke refused to countenance that the US was involved in 'beggar-thy-neighbor' policies, arguing that America had adopted an 'enrich-thy-neighbor' strategy. He did not elaborate on how this would work, beyond the homily that a strong US economy was good for the world.
Though, ultimately, a policy of devaluation to attain prosperity is flawed, especially when all major nations implement similar policies, especially given increasing American and European disquiet at Japanese actions to weaken the Yen.
In a shift to economic isolationism, all nations want to maximize their share of limited economic growth and shift the burden of financial adjustment onto others. Manipulation of currencies as well as overt and covert trade restrictions, procurement policies favoring national suppliers, preferential financing and industry assistance policies are part of this process.
Central banks are increasingly deploying innovative monetary policies such as zero interest rate policies (ZIRP), quantitative easing (QE) and outright debt monetization to try to engineer economic recovery. 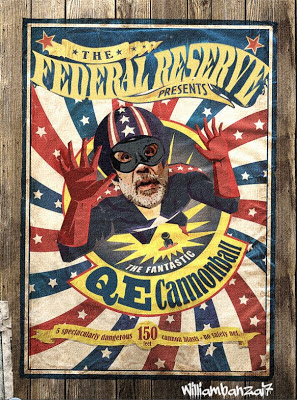 Artificially low interest rates reduce the cost of servicing debt allowing higher levels of borrowings to be sustained in the short run. Low rates and quantitative easing measures help devalue the currency facilitating a transfer of wealth from foreign savers, as the value of a country's securities denominated in the local currency falls in foreign currency terms.
A weaker currency boosts exports, driven by cheaper prices. Stronger export led growth and lower unemployment assists in reducing trade and budget deficits.
The policies have significant costs, including increasing import prices, increasing the cost of servicing foreign currency debt, inflation and increasing government debt levels.
Eventually, when QE programs are discontinued, interest rates may increase, compounding the problems. In extreme cases, the policies can destroy the acceptability of a currency.
The policies also force the cost of economic adjustment onto other often smaller nations, especially emerging countries, via appreciation of their currency, destabilizing capital inflows and inflationary pressures, for example through higher commodity prices.
Given that emerging markets have underpinned tepid global economic growth, this risks truncating any recovery in developed nations.

Since the onset of the global financial crisis governments and central banks have been attempting to bring about economic prosperity by creating money and pushing it out into the global economy. After almost six years however, they have failed to produce a lasting recovery, or indeed anything close.

Policymakers around the world are trying to prevent the “great reset” by re-inflating the global credit bubble. However, by trying to sustain the unsustainable, principally via their policy of QE Infinity, what they have done is create massive distortions in the economy and financial markets, most notably in sovereign bonds


The fact is, this policy of massive money printing is incredibly reckless and our view that this will end badly Central banks have accelerated QE because they think it is essentially a free lunch, but that their actions are creating significant risks in the system.

QE has caused a distorted recovery in which financiers are doing well while the man in the street continues to suffer. The world needs growth that isn’t related to monetary policy. We need “innovation, not currency depreciation”, especially if we’re going to confront entitlement obligations that are “utterly unpayable”. The ultimate question for a fiat money regime is at what point does confidence in money disappear?


Focusing on Japan (the world’s most indebted country), we note that the BoJ is engaging in a far bigger programme of QE than the Fed, since it’s doing about 70% of what the Fed is doing in an economy around one third the size. Japan Shinzo Abe is adding a ponzi scheme to a ponzi scheme… the beginning of the end has begun.
More on Abenomics and Is Abenomics Going to Put Japan Back on the Map?


Those that have studied the writings of Austrian economists understand the common sense notion that printing money does not create real wealth or prosperity. If it did then Argentina and Zimbabwe would be G8 nations. Indeed, it was the creation of unprecedented amounts of money and credit that led to the 2008 bust, and we are seeing more and more signs that monetary policy is creating a new credit bubble just like the one that culminated in the collapse of investment bank Lehman Brothers in September 2008.


Risky lending practices have returned to Wall Street, with banks now packaging up new forms of collateralized debt obligations (CDOs), known as collateralized loan obligations (CLOs). Margin debt at the NYSE has also risen dramatically in recent months and is now only slightly below the level it reached in 2007, and the junk bond market is also at record levels.


As mentioned previously, we live in a world where all currencies are fiat  and every fiat currency since the time of the Romans has ended in devaluation and eventual collapse. Indeed, there have been 34 hyperinflations in the last 100 years – most of which took place in the 20th century with fiat currencies – and it’s not only the currency that collapsed but also the economy that created it. 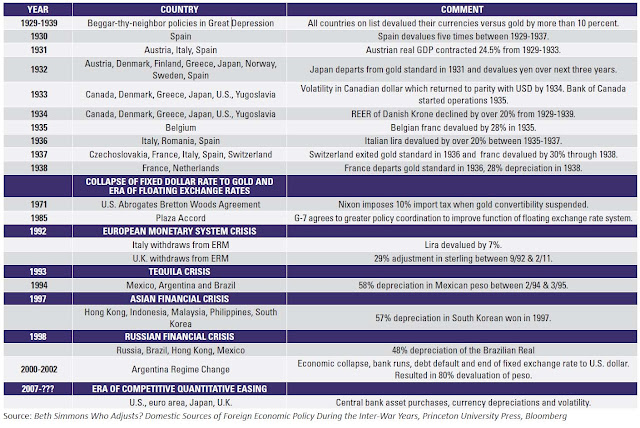 Ultimately all these efforts to maintain our broken monetary system will manifest in a currency crisis, however identifying the precise trigger or predicting when it will happen is extremely difficult.
When will it end?
The most likely trigger still looks to be the bursting of the bubble in government bonds, but as Jeremy Siegel, professor of finance at the University of Pennsylvania’s Wharton School, pointed out in a recently Bloomberg interview, “I think bonds have been in a bubble for a couple of years. “If you’d have asked be a couple of years ago if they would still be at 170 (the yield on a 10-year US Treasury) I’d have said no, but one thing we know is that bubbles last a lot longer than any of us can imagine.”
SEE our comments on investlogic website
When asked what the trigger might be for a bursting of the bond bubble he simply said, an improvement in the US economy and a reduction in bond purchases by the Fed. Right now however there is no sign of this and the appetite among investors for sovereign debt is huge. In fact, due to the fact that central banks are crowding out other buyers, there may soon be shortages.
In the short-term then, this tightness of supply is helping to drive bond prices higher and yields lower. Twelve months ago, for example, Greek 10-year bonds were yielding 27.58%, today that are yielding just 9.45%, and Portugal’s 10-year debt was yielding 11.42%, whereas it’s now down to 5.43%.
Actions to weaken currencies risk economic retaliation. Affected nations could intervene in currency markets, try to fix its exchange rate (as Switzerland has done against the Euro), lower interest rates, undertake competitive QE programs, implement capital controls or shift objectives to targeting nominal growth or unemployment (as the US has done).
But currency wars are not conflicts between equals. In the currency wars, major economies have larger armies.
Smaller countries and their taxpayers simply do not have the ability to bear such costs of defending themselves in the currency wars.
In the worst case, large economies, like the US and Europe, have the economic size and scale to retreat into near closed economies, surviving and retooling its economy behind explicit or implicit trade barriers.
This option is unavailable to nations requiring access to external markets for its products and foreign capital.
Actions to try to set a nation's currency have significant direct costs. Indirect costs include risk of inflation, domestic asset bubbles and other distortions.
In 2012, the Swiss National Bank (SNB) was forced to build record foreign exchange reserves to maintain the Euro at Swiss Franc 1.20 in an effort to shield Switzerland from an economic downturn, driven in part by an appreciating currency.
Its reserves of over Swiss Franc 427 billion ($453 billion) are over 75% of Switzerland's annual gross domestic product. The SNB purchased Swiss Franc 188 billion francs ($199 billion) in foreign currencies in 2012, more than ten times the Swiss Franc 17.8 billion ($18.9 billion) it spent in 2011. The SNB's intervention resulted in losses totaling Swiss Franc 27 billion in 2010.

To expect nations not to use fiscal and monetary policy to manipulate currencies is disingenuous. British statesman Lord Palmerston noted, 'Nations have no permanent friends or allies, they only have permanent interests.' Circumstances now dictate the use of every available policy tool to serve individual national interests. 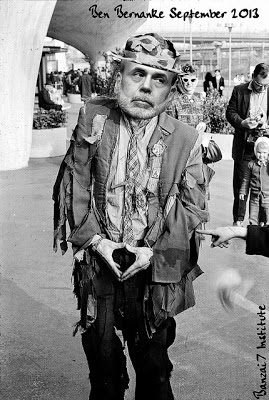