After traveling and discussing around the world, always promoting some sort of "Russian soul" I am always stunned by the contrasted reactions I have from my interlocutors (even in Russia!). So I asked myself why is the picture of Russia so contrasting in Europe ? and try to give some  basic answers below.

To get a broad and present picture I also gather gross facts and clichés into the heart of Putin's conservatism and why it appeals to the vast majority of Russians. How decisive it is for the coming years

Russian soul is like banya. It is a 80 degrees cabin or iced water below zero. There is no middle. 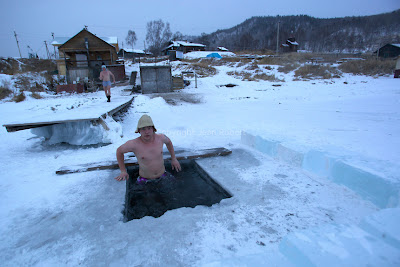 Why is the image of Russia so contrasting abroad ?

I think that the biggest factor of incomprehension is to finally understand the intensity, depth and force of Russian  culture, and it takes a lot of time to be apprehended. To try to understand Russia, it is necessary to be able to imagine long centuries successful process of integration of different  ethnic groups and religions under the same State.

The Russians are therefore extremely modern at the same time and anchored in very strong values. It is a balance which has not yet succeeded in Western Europe and it provokes jealousy perhaps sometimes.

Stereotypes on Russia have the hard life …

Yes, Banya [Russian baths] or alcohol, it is not necessary (though highly recommended). The women wear make-up, mini skirts and high heels in the morning, because it is the way they make out their womanhood, and it is the only reason.

I infinitely feel more secured in Moscow than in Paris or Brussels and, to answer two questions which are often asked to me there : business with a gun does not exist, and there is not bear in the streets !

When Vladimir Putin returned for his third term as Russian president in 2012, many people were expecting more of the same - a determined and ever-confident Putin, perhaps just a little older and more experienced.

In fact, what we’ve seen is that Putin has finally fashioned his own particular political outlook and worldview.

Putin is a great Russian conservative in just about every way, reflecting the attitudes and aspirations of the vast majority of Russians.

Moscow beltway
Among Russians, Putin’s name is almost equated with an era of incredible economic and political upheaval, including what can easily be regarded as policy successes. But this does not make him popular with every one. Far from it.

Russia’s version of ‘inside the beltway’ – parts of central Moscow – have tired of Putin and protested against him personally in sometimes significant street demonstrations before and since his return to office. 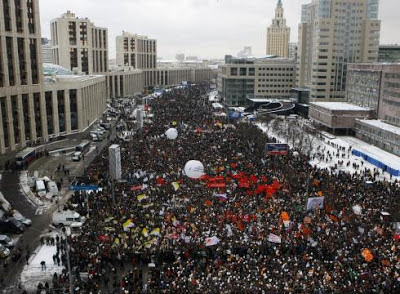 Spoilt middle class
A growing middle class has come into being during Putin’s time in high politics.
More affluent than in any time in Russian history, they are linked-in with the world, mobile, ubiquitous globetrotters.

Yet the layers of the population that have benefitted most since the ‘Time of Troubles’ or the Boris Yeltsin years, in many ways were the most dissatisfied with Putin's return for a third – and this time six-year – term.

Two-term hero
During his first two terms (2000-2008), Putin is credited with saving the state from political and economic collapse. He declared war on the oligarchs – i.e. the ‘Yukos Affair’ - and won a resounding victory.

Russia’s fractionalized and at times burlesque political parties were subject to reforms to make them more credible and competitive in the minds of voters. And Russia rose from the Soviet ashes as a great power once again.

Hard to ignore
He is not always liked on the world stage, but as a world leader Putin is hard to ignore – the folks back home like this.

The above are significant achievements, and most Russians through the years have appreciated them.

But something has changed
There is a solid consensus among Russians that what is first and foremost in their minds is the economy and standard of living.

For a variety of reasons – both domestic and beyond Russia - the bountiful days of rapid economic growth and quick expansion of disposable income are in the past, at least for now.

Russia’s integration in the global marketplace has come at a high price – the more the integration, the greater the risk.

This is where Putin’s conservatism comes in
Putin believes in a strong state, the family – i.e. improving demographics - religious values, particularly the Orthodox Church variety, and international respect for Russia as a great power.

These are his priorities and are traditionally seen as conservative tenets that bring together and bind society. These values appeal to huge swathes of Russians, but not to those dwelling ‘inside the (Moscow) beltway’.

Conviction or calculation?
Importantly, Putin’s conservatism is not only about convictions, but also calculated political strategy.

It is not overly concerned with democracy. For Putin and millions of ordinary Russians, democracy is deemed a procedure and not necessarily a value in and of itself.

How Russians rate democracy
The democratic process should reinforce some form of collective will, not just highlight differences among voters.

Russia’s democracy is a slowly evolving process, and the fact of the matter is that most Russians don’t see this part of public life as hugely important.

That could change depending on the condition of the country’s economy in the years to come.

And the largest party in parliament – United Russia – is hardly loved, or even liked for that matter. It’s not that surprising: Politics is still seen as too divisive and liberal political parties are perceived as deeply unattractive.

Liberals out of step
Russian liberals inflict enormous damage on the country’s public reputation. Small in number, they jockey among themselves over who should lead.

Generally speaking liberals - for the most part, members of Russia’s intelligentsia - are suspicious or downright hostile to the role of state in society and economy, as well as antagonistic to the governing elite.

But at the same time, they are seen as out of step with the moral values of the majority of society.

Cultural war brewing
So, there is clearly a ‘cultural war’ brewing in Russian society and Putin has chosen to side with Russia’s ‘moral majority’.

Putin’s outlook and policy action are often defined as ‘oppressive’ when it comes to civil society. As a conservative, he is vigilante and cautious. 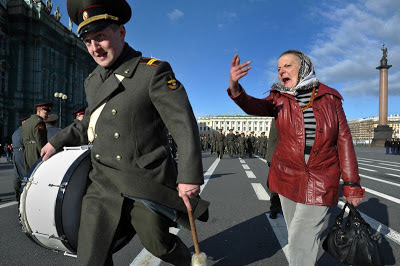 NGO kerfuffle
The recent so-called ‘crackdown’ on non-governmental organizations is an exaggeration.
Russia’s NGO laws specify that all such organizations must provide the authorities with information regarding their funding, particularly if funding comes from aboard.

This has been the norm for decades in western countries.

The NGOs that refused to submit this information – being in violation of the law - were subject to inspections and questioning.

Russia is a status quo power focused overwhelmingly on its borders and immediate neighbourhood. Of course Russia has dealings with states many in the west deem as ‘rogues’.

Those who claim Putin’s support of the Syrian regime is cynical should consider how Moscow views the west’s role in the Arab Spring – sinister and at times illegal regime changes that more often than not make things even worse later – i.e. Iraq, Afghanistan, and Libya.

Is Putin’s conservatism good for Russia?
At this point it is impossible to answer this question.

Global instability does not leave Russia unaffected. The globalization of western liberal values leaves many in Russia anxious, at a time when Russian culture, religion, and identity are re-surfacing after the onslaught of the Soviet experience.

One thing is clear though: Putin’s brand of politics does resonate with his large constituency. But Russian society is evolving and becoming more sophisticated.

Only time will tell whether Putin’s conservatism is flexible enough to meet those challenges.