Equities around the world got dinged and the yen jumped Wednesday after Chinese money-market rates spiked and a Bloomberg story said China’s biggest banks had tripled debt write-offs. So, what is going on? 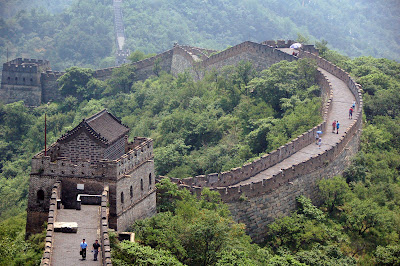 Given concerns earlier this year about the Chinese shadow banking sector it would appear that the acknowledgement that there is a problem and Chinese authorities are starting to deal with it has seen some investors take some money off the table in case there are a lot more provisions to come,

It’s no wonder officials and investors are keeping a close eye on the situation. A major hit to the Chinese banking sector is likely to have massive ramifications across the G-20 universe and could have a deflationary impact on global growth. Little wonder then that Aussie saw so much selling pressure in overnight trade as it will likely suffer the most from any drop off in Chinese demand.

After falling sharply in recent days, especially yesterday after the disappointing jobs data, the US dollar is broadly higher today, with the yen the main exception.  It has strengthened by almost 1% today.

Many are attributing the price action to news that the five largest Chinese banks tripled the bad loans written off in the first half of the year to CNY22.1 bln (~$3.65 bln). Yet, tellingly and importantly, the Chinese banks had already made the provisions and thus did not, reportedly, impact the record profits (~$76 bln) in H1.

There is some speculation that this is a precursor to a wave of defaults, but in itself writing off the bad loans is a very important step in its own right.  It is a step toward modernization and liberalization.  Provisioning for bad loans and then drawing on those provisions is part and parcel of a modern banking system.

There is another liquidity squeeze in China today.   Corporate tax payments are draining liquidity and thus far the PBOC has not deemed it necessary to counter this.  However, after money market rates jumped the most since July, the PBOC is likely to respond tomorrow.  The 7-day repo jumped 47 bp to 4.05% and the 1-day repo rose 72 bp to 3.80%.

The PBOC's ability to manage the liquidity conditions seems clumsy and often responding belatedly to clear signals of important imbalances.  Admittedly, at times, the PBOC may be trying to send a signals of displeasure, like it did earlier this year, about wealth management products and shadow banking.  That does not seem to be the intent now.

The firmer headline CPI, though still concentrated on food prices and not the general price level, and rising house prices has spooked some investors who feared a policy response.   The rise in money markets is not a prelude to a rate hike or a snugging of monetary policy.   That is in fact, the point, there is no policy implication, except to reinforce the perception of the PBOC's difficulty in managing liquidity.

The rise in money market rates may be a key spur to the largest decline of small company share prices in a year and a half.  The ChiNext index of small companies fell 2.9% today, more than twice the decline of Shanghai Composite.  In comparison, Japan's JASDAQ fell 0.8%, while the Nikkei lost almost 2%.

It strikes us that many observers seized upon the story to explain the price action throughout the capital markets.  We suspect that if the markets were advancing, many would cite Chinese developments too.  Instead, we suggest there have been some large moves in recent days, and the new positions were in weak hands.  That is to say, the dollar and yen's bounce and the pullback in shares is more a function of market positioning than Chinese banks finally writing down bad loans four months ago, for which provisions were already made.