Approaching point of no return 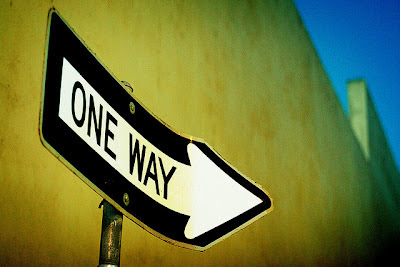 It covers the months of spring and shows the Novosibirsk region as ranked number one. The region was number three in the previous ranking in late winter. Experts consider its innovation activity “balanced” and pay special attention to the region’s plans to create a Siberian analog of Skolkovo. The runner-up is Moscow, a region never mentioned among the top regions over the past 18 months. The rankers attribute Moscow’s second place to the “vast reorganization of its industrial sector.” The Krasnoyarsk region is number three now (it led the winter ranking). TheTomsk region, number four, is now on a Top-25 list of international innovation centers. Number five is the Kaluga region with its growing pharma innovation cluster.

Overall, the experts feel there’s a certain slowdown in the regions that have always been considered Russia’s innovation drivers, attributing this to a reshuffle in leadership following the presidential election, and to somewhat unclear government policies as regards modernization.

And it’s no wonder we once again have three Siberian regions highlighted here. I feel there’s long-term, very strong development for Siberia as a regional innovation cluster.
I believe the culture in Siberia is different from the culture in St. Petersburg or Moscow, or the Urals. The Siberians are very independent-minded; their culture is very exploratory and creative. Different leaders in the region are coming to these conclusions that their population and their regional competitive advantages leave them to promote themselves as innovation clusters, and therefore the process will continue.

There’ll be continued development in Novosibirsk, Krasnoyarsk and Tomsk. I think this competition between the regions will stimulate independent development regardless of what Moscow initiatives are or what Moscow support comes.

Innovation is the necessary next step

Today, just months after the presidential election, government policies as regards modernization may still be unclear. I think that over the course of this year the administration will probably change a few faces and policies. My personal opinion is that these changes will inevitably, in the long run, accelerate the drive toward innovation.

This society cannot operate as a commodity economy indefinitely. As a macroeconomist I can say that the general commodity cycle of the past ten years is coming to a close and the generally high prices of commodities will probably begin to fall.

China, the largest commodity prices driver over the past 25 years, cannot sustain its eight-to-ten percent growth rate and in the next 20 years China’s economy will consume fewer commodities. The European Union is at a point of stagnation and cannot be expected to grow more than one or two percent per annum. The US economy is at a point of potentially growing at a two-to-three percent rate, but it’s not clear if it’s going to achieve that or not; it depends politically on what happens with the election in November. But generally, the prognosis is that the commodity-driven economies will suffer over the next 20 years.

Russia, in my opinion, has no choice but to diversify its economy and modernize as rapidly as possible. One of the key steps to be taken over the next two years should be to incentivize medium and large-scale Russian companies to invest in themselves. This will subsequently create a greater-scale market for innovation inside of Russia. If more Russian companies buy Russian innovation and prove to the rest of the world that Russian technologies can save money and improve efficiency, it will lower the risk for foreigners to buy those technologies.

Another step is restructuring the Russian tax policies to encourage angel-level investors to take risks investing in early-stage technology projects to bring them from the innovation laboratory into commercialization and into markets. At Investlogic we plan to be part of it !

As an example of development and outsourcing destinations in Eastern Europe we looked at Nizny Novgorod, a town with a well-established software development industry.
Russia’s IT industry is typically dominated by its two largest and economically strongest cities, Moscow and Saint Petersburg. Nonetheless, the slightly smaller city of Nizhny Novgorod does not fall behind and has currently established itself as one of the major centers in the Russian software development sector. With a population of 1,250,615 Nizhny Novgorod is currently among the leaders in quantity of software application developers. 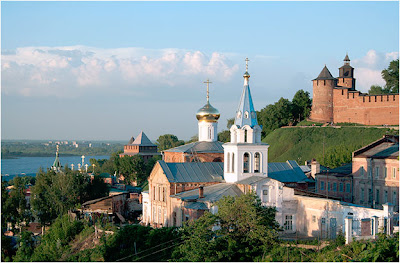 One of the most prominent players in Nizhny Novgorod’s IT market is Intel, who has been present on the local market for a significant period of time. Intel has two main departments in Nizhny Novgorod – a software development center, employing over 500 software engineers, and a data center. Nizhny Novgorod also attracts a number of nearshore outsourcing companies, such as MERA Networks, Teleca, Luximax and Tecom, among many others.

In terms of training and education, Nizhny Novgorod has 25 scientific R&D institutions, focusing on telecommunications, radio technology and theoretical and applied physics. Situated in the city are also 33 educational centers. Among the ones that provide the most focused training for working in the IT sector are Nizhny Novgorod State University, Nizhny Novgorod Technical University and Nizhny Novgorod Institute of Information Technology.


The latter used to be a former MERA Networks training centre, which reflects the close cooperation between local educational institutions and employers of software developers. Nizhny Novgorod Institute of Information Technology provides courses in IT, software development, system administration, telecommunications, Internet services and IT management.

MERA Networks is one of the biggest Eastern European outsourcing services providers. The company has been on the Russian market for 20 years and currently employs about 1200 software engineers. Its customers include some of the world’s leading telecommunications equipment manufacturers and IT software solutions providers, such as Ericsson and Tiesto.

Another large multinational company operating in the field of outsourcing services for the mobile communications industry is Teleca. The company was established in 1991, under the name Telma. In 2006, Telma Soft was bought by the Swedish Teleca AB. Its Russian branch is currently the leading one in number of employees and completed projects. Teleca works primarily with mobile phone applications and one of its biggest customers is Motorola, for whom they’ve completed over 400 projects.

IT salaries in Nizhniy Novgorod are almost a half of that in Moscow. For example, according to Superjob.ru research conducted last summer, the salary of a Java specialist with at least two years of experience is $1800 net per month. A monthly net salary of a more experienced software developer with solid knowledge of Java may reach $2600 per month. 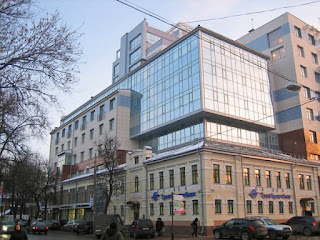 Nizhny Novgorod is a rapidly developing economic centre. Another one of its attractive features for investments is the fact that it has been selected as one of the four sites in Russia, for building an IT-oriented technological park, which would offer a competitive tax and customs policy. Nizhny Novgorod is also easy to reach from Russia’s capital Moscow. Apart from direct roads, there is also an express railway service, which connects the two cities in 5 hours. Nizhny Novgorod’s airport, Strigino, links the city to major Russian cities. German Lufthansa operates flights from Nizhny Novgorod, connecting the city to Frankfurt and other major German cities.
Publié par claude@investlogic à 03:16