Emerging Strategy : How to Trade It

With no undue modesty, we are rather proud of our investment track record – punters following our advice over the years, as well as a few faithful clients, should be gratified by their performance. Inter alia, we were among the first Western source crazy enough to recommend more recently, Russian and Kazahk bank subs, as well as our Axis-of-evil trades (Belarus, Cuba-serviced, Venezuela PdVSA, and now, cautiously, Argentina).
While we managed a few good trades in Russian small-caps, latterly, we have been increasingly chary of equities as an asset class, preferring emerging market debt .
None of this, of course, has prevented our making a few spectacularly bad calls ...
The issue of the Euro crisis has been sufficiently dissected in the media (W. Munchau has done a very competent job in his FT columns) so we can safely skip over the details. Suffice it to say that – as noted previously –the basic assumption had been that a failure to provide sufficient financial support to prevent a Greek default would trigger a widespread loss of confidence, with financial contagion causing borrowing rates for any European sovereign seen to be potentially distressed to spiral out of control, causing a cascade eventuating in... exactly what we are seeing today.
It seemed so obvious. A few tens of billions of dollars spent early on in the crisis could have forestalled losses ranging into the trillions (though, of course, the opportunity would most likely have been wasted as governments continued their profligate ways). The outcome is still frighteningly uncertain, but we already draw three fundamental conclusions: 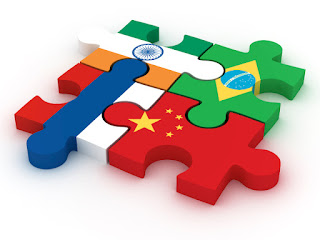 The market currently offers a truly extraordinary opportunity!  There is only one problem–we have absolutely no idea  whether  it  is a buying opportunity or a selling opportunity...
All considerations of fundamental risk and value currently pale before the fierce waves of disruption from the macros. With the financial world having shifted entirely to a risk-on/risk-off model, assets are now worth either a great deal more, or a great deal less, than current pricing.
No sentient being is entirely sure what would happen were Greece to exit the Euro; the fact that the Lehmans debacle was not expected to create the degree of havoc that it ultimately did does not necessarily imply that a Grexit would do the same – much of the money that a Greek meltdown would “cost” has already been spent, and we would assume that markets have had time to prepare; that said, these are totally uncharted waters, and T&B would prefer not to see some of our hypotheses tested.
What does look fairly certain is that in the wake of a Greek default, we would see some truly extraordinary buying opportunities in a wide variety of financial instruments, as panicked investors dumped whatever they could for whatever price they can get, only then pausing to figure out what it was that they sold. It would be a wonderful time to have some free cash...
Our baseline scenario remains that some sanity ultimately prevails, and that Merkel abandons her hostility to desperately necessary Euro-wide measures – hopefully in return for the acceptance of some hard fiscal constraints by Germany’s neighbours. In this case, current pricing would seem very attractive, including for some of our favourite debt assets which have traded off with the rest, although far less than would be expected given the violent decrease in risk tolerance elsewhere in financial markets.
Emerging Markets Debt (EMD) has greatly outperformed emerging markets equities – which have once again been hammered by a wave of risk-off. While this relative outperformance is gratifying, caution is called for. Were the situation to deteriorate further – and there is certainly no shortage of tinder – investors would likely be panicked out of their remaining winning positions en masse, leading to a short, sharp sell-off in bond markets.
Given the macro uncertainties, all trading calls should be considered as subject –beware of leverage and keep some powder dry !

Of the many valuable lessons that investors have learned from the great John Maynard Keynes, perhaps there is none so useful as the admonition that, in the short run, markets are voting machines – in the long run, weighing machines. Over a short time horizon (the only horizon remaining in modern casino markets) what is vital is the perception, which you ignore at your peril.
At Investlogic we remains suspicious of equity markets, given their ability to deviate from their fundamentals for a prolonged period, and their extreme dependence upon sentiment and mood. The recent sell-off in emerging equity markets was almost entirely unrelated to any fundamental economic factors (indeed, such drivers are usually invented ex-post-facto – to explain what has just happened).
Therefore, if somehow, Greece and the EU find some temporary stability, a powerful rebound can be expected, at least until the next Eurocrisis strikes (apparently, it is unrealistic to hope that European policy makers actually take the proactive measures necessary to deal with the next phase of the crisis, before it eventuates).
Given the increasingly assertive foreign policy stance of the Russian government, we can expect Western press coverage to remain unremittingly negative10 (the Pravda-model of “independent journalism”) and, thus, for Russian equity (but not debt) markets to continue to suffer from the disaffection of foreign investors. This is, of course, largely a self-inflected problem; the solution would be not a craven foreign policy, but rather, for Russia to develop her own pools of domestic long-term, institutional capital, as well as encouraging popular equity ownership, perhaps via another bout of pensions reform.
Whilst recent moves to unify the RTS and Micex exchanges, establishing a single custodian, and improving settlement procedures are all very helpful, further improvements in Russian corporate governance and an end to the constant stream of “surprises” (inter alia, the recent suspensions of Vimpelcom and TNK-BP dividend payments) would be most welcome. Investors in Russia must still expect the unexpected, and while, in almost all cases the story is ultimately resolved with limited or no real damage, event-fatigue ultimately sets in.
Therefore we remain underweight equities – both Russian and non-Russian, with zero exposure to the US and European markets. Of the Russian assets, we continue to have a strong preference for the remaining high-dividend resource stocks. We expect substantial volatility going forward and would prefer to capture cash flows, rather than rely upon hypothetical price appreciation.

While from a fundamental standpoint, we continue to see the dollar as an accident going somewhere to happen, it is currently favoured by the risk-off trade. Given that we think it only a matter of time before the US either spirals back into recession or engages in further debt monetization, we are trimming our Euro/dollar and Euro/SGD shorts but certainly not going long the Euro. It has been a good trade.
On the other hand, our long-standing short- USD/long RMB is performing rather less well than expected. The Chinese currency is currently treading water; Beijing has shrugged off diplomatic pressure for a faster appreciation, and as the currency trades more freely, it is slightly affected by the same factors which have tanked emerging currencies in general – while the RMB is about 1% off its highs, the Brazilian Real and Rouble are off a good 10% - we would continue to own RMB as a store of value.
There are some great trades lining up as the risk-off pushes currencies away from their fundamental values. At some point, the AUD/NZD will once again become very fashionable as China plays – the BRL will come surging back, as will selected Asian
assets. We would bide our time until there is some clarity as regards the European situation. While we think that the worry about China is misguided, certainly, Greece and the other PIIGS constitute a greater challenge.


Rates – When no Greater Fool is to be Found...

While noting that negative real rates for 10- Year US treasuries (much less paying to lend money to the Swiss or German governments...) were the mother of all bubbles, We would not try t to call a top. At below 1.5%, we must be getting near. Although we would NOT short the bonds outright – panicky markets make widows and orphans – but we think that out-of- the-money option strategies for a blow-out in yields 12-18 months down the road make a great deal of sense.
Happy Trading!
Publié par claude@investlogic à 08:36