Will we be talking about the fiscal cliff in 10 years? Sure, but in the same context as the dot-com bubble, or the stock market crash in 1987. We will have moved on. And all those predictions for 2013 will have been a blip on the screen.

So instead of guessing what's going to happen in 2013, let's talk about what the world will look like in 2023...
Here's my one prediction for 2013 that should carry through the next 10 years:
Russia will rise again.
This is the start of a decade-long shift for Russia... and with thirsty emerging markets to its south, it could be a very profitable 10 years. And over the next 10 years, we are going to see even more changes
At Investlogic we are adapting to meet those changes. That's because our goal is to build long-term, stable wealth. Everyone wants the same thing: secure, sustainable wealth. We want consistent gains over a long period of time, without a lot of risk. I'll be honest with you... We're not going to get there by trading !
Center of Gravity shift
In 2023, emerging market middleweight cities will contribute more to global growth than the developed world and global mega-cities. Over the next 10 years, more than 230 million households will earn more than $20,000 in the developing world. That's up from only 80 million in 2007. In other words, an extra $3.1 trillion worth of consumption will hit the markets in developing economies.
But through a combination of consumption and investment, emerging markets could contribute nearly 50% of the world's GDP. And many of these markets are already pulling wealth from Western developed countries and shifting it East.
According to the McKinsey Global Institute (see research here), the world's economic center of gravity -- calculated by weighting national GDP by each nation's geographic center of gravity -- will be somewhere in southern Russia.
That makes Russia the key geographic hotspot connected to massive emerging market growth in the Far East. 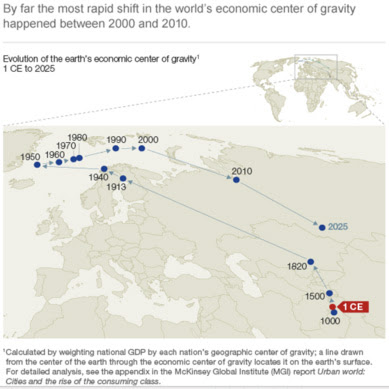 And Russia will be no slouch when it comes to growth. Russia is at the beginning of a second energy boom, and this time around, the country will invest in necessary infrastructure to bring this industry into the 21st century.
in complement of our previous reports Russia : Why Russia could be a gusher for daring investors ... Siberia, Land Of Opportunity  Siberia on its w... Perm nanocoatings for St. Petersburg bridgesPerm’s... Russia’s Competitive Advantages Russian Siberia Update Chronique des Emergents Russian IT RUSSIA CALLING ! part 1 Top Russian Start-Ups Flight over Ural Doing Business in Russia

China and Russia share some 4,000 kilometers of common border, and their neighborly relationship has certainly had some ups and downs. But it’s clear to me that the opportunities for cooperation between these two nations have enormous potential mutual benefits, particularly in the trade of natural resources.
We first saw significant signs of Russian interest in Asia’s capital markets when the oligarch Oleg Deripaska floated his aluminum company onto the Hong Kong Stock Exchange in early 2010. In 2011, he obtained a US$5 billion memorandum of understanding with China’s Export Import Bank for resource developments in Siberia and Russia’s Far East region, including power generation plants, coal mines and other projects.
Recognizing the economic problems in Europe and Asia’s stronger relative growth rates over the past few years, Russia’s leaders have directed their focus eastward and to their vast territory stretching all the way to the Pacific Ocean. See our comment RUSSIA CALLING ! Part 2
In April 2012, the Russian government also passed legislation to form a US$17 billion Far East corporation, partly exempt from federal jurisdiction and reporting directly to the president. This new entity was given special powers to form new businesses and allocate resources to develop the area. 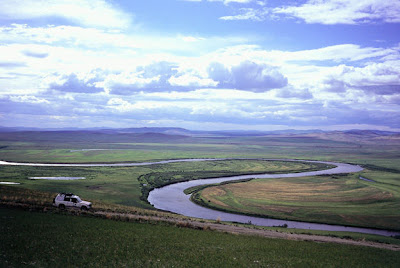 In addition, an US$8 billion space center is planned for the Amur Region just 60 miles from the Chinese border. This will replace the launch site in Kazakhstan which is now used primarily by the Russians and Americans to travel to the International Space Station. The Amur project will include seven launch pads with the first rocket launch planned for 2015.
Railroads and Oil Fields
These are just a few examples; the Russians have planned a number of other sizable Far East and China-related projects.  I think the extension of Russian railroad lines to China could turn out to have the most significant long-term beneficial impact resulting from cooperation between the countries. The Russians have signed joint venture agreements with Chinese railroad organizations to modernize the Russian rail corridor that links Europe with China. 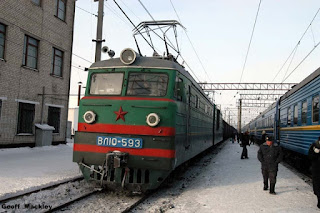 I believe Russia’s rich oil and gas fields would be of great interest to the Chinese, as energy demand there is expected to continue to rise with a growing middle class. With five trillion cubic meters in proven natural gas reserves in Russia’s Far East, the possibilities for China are enormous. However, negotiations on the pricing of the gas are still ongoing. China has gas deals all over the world but the possibility of piping gas from Russia seems logically to make the most sense—if the price is right.
In Siberia, the Bazhenov structure has enormous reserves of oil—larger than even the huge Bakken oil-bearing rock in North Dakota and Montana in the U.S.  The Bazhenov reserves cover 2.3 million square kilometers (the size of the U.S. state of Texas and the Gulf of Mexico combined) and it is 80 times larger than the Bakken (1), which is currently yielding more than 500,000 barrels per day (bpd). Russia’s national subsoil agency, Rosnedra, has estimated that the Bazhenov shale formation could yield 182 billion barrels in total—and that’s the low end of its estimates. 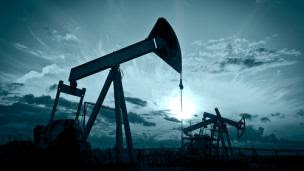 The Russian Energy Ministry estimated that by 2020, the Bazhenov could be producing up to 2 million barrels per day with the help of fracking technology, where the oil-bearing rock is broken under high pressure water and chemicals to release the oil. Russia and Saudi Arabia have shifted between first and second place globally in terms of oil production over the past couple years, with Russia producing 10 million bpd in 2010, compared with Saudi Arabia’s 9 million.6 Development of the Bazhenov fields could raise the total substantially, with China likely being the prime market.
Conflict—and Cooperation
In another effort to emphasize Asian involvement, Russia succeeded the U.S. in the role of President of the Asia Pacific Economic Cooperation (APEC), the organization of 21 Pacific Rim nations. The 24th APEC Summit was held this year in Vladivostok near Russia’s borders with China and North Korea, the home port of the Russian Pacific Fleet as well as Russia’s largest port on the Pacific Ocean.
The city received an enormous boost with some US$1 billion invested in a five-year infrastructure program including hotels, roads and other projects to improve the city and impress the APEC delegates.  At the summit, a number of cooperatives were also announced. For example, President Putin praised the Russian-Japanese project to build a liquefied natural gas (LNG) plant in Vladivostok for exports of natural gas to Japan. (In 2011, Japan consumed 83 million tons of LNG.) The US$7 billion Vladivostok plan will have a capacity of 10 million tons a year. Russia’s other LNG plan is on Sakhalin Island, producing 10.6 million tons per year. 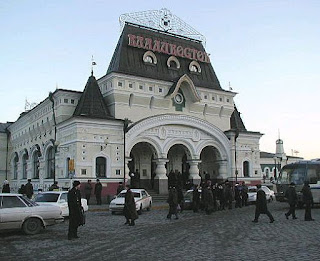 From a geographic perspective, Russia and China’s common border along the Amur River is an area of past conflict but also one of potential cooperation. Russia’s side is under-populated but boasts arable land, timber and other resources while the Chinese side is densely populated with limited resources. In 1969, cross-border tensions nearly resulted in a full-scale war, but today the mood is quite different. Reports indicate that most Siberian and Far East officials are positive about the presence of Chinese in their regions since they are suffering from the departure of ethnic Russians from their areas, and the Chinese labor force can help cultivate the land.
Of course, even the friendliest of neighbors can disagree at times, but if neighbors like China and Russia can focus on projects to their mutual economic benefit, I think that’s an approach we might pursue in our own backyards.
1. Source: Forbes, “Meet the Oil Shale Eighty Times Bigger Than the Bakken,” June 2012.

We're already seeing some interest in bringing new technologies onto Russian soil. From The New York Times:
Oil service companies are importing technologies like fracturing for what some energy analysts say will become a shale oil boom in Russia to rival what has happened in North America. ...
Several oil companies operating in Russia, including Ruspetro, have begun profitably extracting oil from shale rock and other difficult geological formations in Siberia, holding out hope that the type of advanced drilling techniques used in recent years in North America can be widely adopted there, too.
In another sign of the buzz around shale oil in Russia, Exxon Mobil is in a joint venture agreement with Rosneft, the state oil company, to drill test wells into a Siberian shale oil field. Statoil and Shell, also through joint ventures, are drilling or plan test wells in Russian shale beds. Lukoil has a pilot shale project.
Promisising High Tech Centers
But it is not only related to natural resources, it affects also high tech industries, as evidences of this evolution look at our report TOP 10 RUSSIAN INTERNET COMPANIES IN 2012 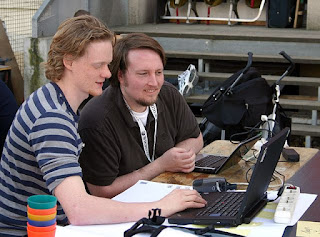 Another example is Startup Sauna, a Northern European accelerator program that is starting to extend its reach deep into Russian territory as a way of unearthing talent. And even though Novosibirsk isn’t officially in Europe at all, Startup Sauna sees cities like it as a crucial breeding ground for future generations of world-changing startups.
That’s why the organization recently toured around the country, including not just the top-tier cities but also places like Novosibirsk, and the more central cities of Yekaterinburg and Kazan. Searching for great companies was interesting, although not exactly easy.


Startup Sauna’s blog has detailed a few of the companies that were invited to join the program, including Osklad (warehouse inventory software for business) and AppScale, which allows apps to tap into social network APIs more easily.


But a lot of the action came from companies from traditions outside software and the web. That included high-tech healthcare companies such as Maxygen, a vaunted Moscow startup focused on low-cost, rapid DNA testing; and Celoform, a sort of next generation bandage hailing from Yekaterinburg. Then there was St. Petersburg’s RosTechnoExport, which makes small autonomous helicopters that can be used by the oil industry.


“The more you move away from Moscow and St. Petersburg, the more technical it gets,” says "wingman" Ylimutka. “The high-tech stuff is what really makes Russia interesting. Part of it is probably because there is more of a military influence in these parts of Russia.”


Still, it wasn’t a parade of business ideas that span out of military technologies. Most of the companies we met were clones or versions of other services. It’s really difficult getting out of the Russian-centric mindset, and it’s still mostly me-too products. The West has Facebook; Russia has Vkontakte, for example..