Paul Mylchreest has released the December Thunder Road Report. The report is 75 MUST READ pages detailing the END GAME to the largest debt bubble in the history of the world: a massive cost-push hyperinflationary collapse of the US dollar. 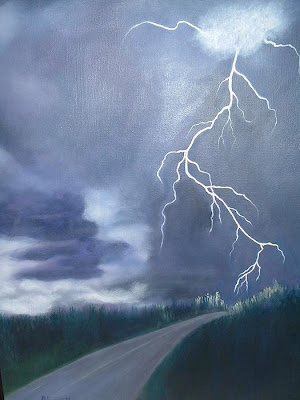 This is the biggest debt bubble in history. Each time DEFLATIONARY forces re-assert themselves, offsetting INFLATIONARY forces (monetary stimulus in some form) have to be correspondingly more aggressive to keep systemic failure at bay. The avoidance of a typical deflationary resolution of this Long Wave is incubating a coming wave of inflation.   This will not be the conventional demand pull inflation understood by most economists.

The end game is an inflationary/currency crisis, dislocation across credit and derivatives markets, and the transition to a new monetary system, with a new reserve currency replacing the dollar.  This makes gold and silver the go-to assets for capital preservation.

Mylchreest is a believer in the Kondratieff, or Long Wave economic theory. Wikipedia describes this as sinusoidal-like cycles in the modern capitalist world economy. Averaging fifty and ranging from approximately forty to sixty years, the cycles consist of alternating periods between high sectoral growth and periods of relatively slow growth- see our presentation "Point Break : Long term cycles"). Unlike the short-term business cycle, the long wave of this theory is not accepted by current mainstream economics. However the theory does support the ‘supercycle’ idea which gained a certain amount of mainstream acceptance during the recent commodities boom.
There is no way we can cover this 75 page report in detail – however there are a number of very interesting – indeed worrying –pieces of research : download here

Gold and silver the ‘go-to’ assets for capital preservation
He looks at the way excessive monetary stimulus, coupled with low interest rates, creates financial bubbles and reckons that Central Banks are now creating the ultimate bubble – in Money – in an attempt to counter what he sees as the downward leg in most recent Long Wave cycle. He notes “first it was NASDAQ, then it was real estate and now it is money” (He describes the “Inflationary Deflation” paradox as referring to the rise in price of almost everything in conventional money and simultaneous fall in terms of gold.)

It's the debt, stupid
“This”, Mylchreest notes referring to the QE policies being followed by most major governments and Central Banks “is the biggest debt bubble in history". Gold will ultimately counter the loss in currency values caused by the kind of excessive money printing which we are seeing now. Thus Mylchreest reckons that this will lead to an eventual victory for inflationary forces – over deflation – as currency crises erupt which makes physical gold (and silver hanging on its coattails) the best assets to hold in this scenario – but also perhaps that if deflation should win out over inflation, then gold is the best asset to hold in this scenario too.

He notes that some potential gold investors may feel they have missed the boat given the 11-12 year bull market in gold, but he reckons that in the end game the gold price will reflect the reciprocal of the purchasing power of existing currencies and that these are being debased at an ever-increasing rate. He reiterates something that has been noted by other commentators that there is evidence that, contrary again to some economic theory, gold is seeing increased demand as the price rises, rather than the reverse with ETF holdings at an all time high and Central Banks turning to being buyers rather than sellers. He also notes the view that China is actually at the forefront of gold purchasing despite it not reporting such changes in its official reserve figures.
The Fourth Great Inflation Phase
Among other themes is the view that we are now entering the fourth great inflation phase in history – and that the prior ones were brought on by factors which seem awfully familiar today: Excessive population growth putting increasing pressure on available resources; Governments – or rulers – running large deficits; and expansion of the money supply leading to currency debasement.

the word-cloud summarizes how important The Bernank sees the avoidance of 'deflation'.

What is perhaps most worrying is the way these great inflation phases ended. That of 1180-1317 ended with banking collapse and the Black Death with known world population sinking by 20%. The second great inflation of 1496 to 1650 ended with plague (again) and wars with consequent population reduction– coupled with a decline in silver supply, which was then the world’s money. The third of 1733-1814 ended rather less unpleasantly with the Great re-coinage of 1816 and Britain adopting the gold standard – i.e. going on to a hard money backing for what was then the world’s strongest economy.
Mylchreest reckons we are in the fourth great inflation –which started back in 1897 – but with no evidence that the world’s now dominant economy, the U.S, is likely to adopt sound money principles, although one supposes the position could be usurped by China which many believe to have more strong money ideals. 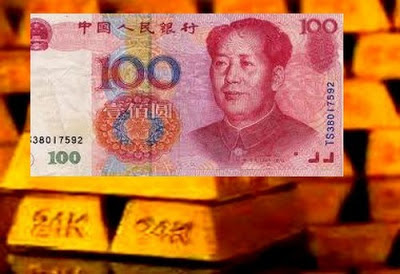 And this leads us, to a final section of the Mylchreest report which is looking at the likelihood (inevitability) of a new global reserve currency emerging to replace the US dollar. He reckons that China is taking the role of France, which effectively brought down the old Bretton Woods agreement through its distrust of the dollar leading it to converting its dollars to gold, which was unsustainable. Key Chinese figures have publicly been commenting on their dissatisfaction with U.S. monetary policy and the country is believed, as we noted above, to be buying large quantities of gold to help give its own currency a better negotiating position in possibly participating in the most likely future reserve currency which is surmised to likely be an expanded version of the IMF’s Special Drawing Rights.

In a normal DEFLATIONARY Kondratieff Winter, asset allocation would be easy. Gold and government bonds would outperform, as they did in the Winter phases of previous long waves, while equities, commodities and real estate would underperform.

Thanks to policy makers, this is not “normal” and deflation in conventional money is not on the agenda, so the purchasing power of currencies in the over-indebted, developed world must bear the brunt of this long wave resolution.

I wish that equities were the best asset class in this scenario, but that is unlikely to be the case – the accolade belongs to monetary metals (gold & silver). However, I would put equities in third place behind the monetary metals and essential commodities (food & energy).
Publié par claude@investlogic à 11:05