This is an excellent report by Paul Mylchreest, Thunder Road Report. He is of the opinion that the current financial system will implode within 6-12 months, to be replaced by a new system backed by gold. At bottom my  excerpts  (emphasis mine): 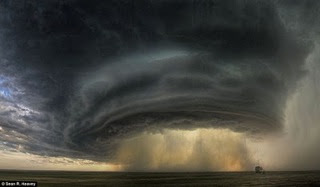 In this Thunder Road Report (below) and going forward, I will discuss this middle class theme and highlight positions I have in individual stocks, etc. The only good thing that can  come out of this is a rise in awareness. It’s just awful


The obscene amount of debt which has built up over decades and been reflected in GDP numbers, is obviously reflected in the prices of all assets you can see on your Bloomberg screen.

which  would  be  like  being  on  morphine  for  equities :

“All that is left (to buy) is the Dollar and Gold"


I  like reading Raoul Pal’s stuff when I can get hold of it, which is incredibly difficult. I can’t recommend his work highly enough but I do disagree with his view on the dollar (although he might be bullish on the dollar just from a trading perspective and he’s been right since May).


The two remaining “sacred cows” preserving the US dollar as the world’s reserve currency are:

Regarding number one, the Chinese have been sellers since the end of July 2011 (note the date). With regard to number two, have you noticed how China has set up currency swaps with nearly all of its trading partners? Have you noticed how Iran has been excluded from the SWIFT system and has begun selling oil to some countries in currencies other than dollars?


China has been preparing for dollar devaluation for nearly a year now, but hardly anybody has noticed. While everybody frets about the Euro, the dismantling of the US dollar’s reserve currency status is occurring within plain sight. I think a deal was done between the US and China in late Summer or early Autumn of last year. Have you also noticed how Ben Bernanke has used just about every unconventional method of monetary policy he’d discussed in his earlier writings on preventing deflation…bar one big one? Dollar devaluation. Let me repeat that, dollar devaluation.


We are heading into a truly mega-financial crisis. This is (another) classic “I hope I’m wrong, but…” report. I think the crisis is going to result in the transition to a new financial system as the current one implodes. Best guess is that it will be either happening, or perfectly obvious that it’s going to happen, within 6-12 months, i.e. within our investing time horizon.
Full report below:

…. Since debt brings forward consumption, the obscene amount of debt in western nations HAS (past tense) already been reflected in their GDP, i.e. a huge amount of GDP was “borrowed” from the future into the past AND is still being borrowed into the present (now primarily from governments and central banks, the supposed guardians of the value of currencies).
….
The relationship between debt and consumption is deceptively simple, but it has a very powerful effect on economies and financial markets which is largely ignored. For years, it could be ignored because the effects were all virtuous. Whenever the debt growth started to slow, some idiot stepped in with maestro-like precision and got all the plates spinning again. Furthermore, GDP is purely a measure of spending and not a measure of wealth or value. If we think in terms of analysing individual companies, GDP would be nothing more than the expense/outflow half of the Cash Flow statement.
….
You can’t spend your way to prosperity, but we are in an upside down world where spending and debt are considered to be “wealth”. People will look back on this period and wonder how they allowed themselves to become so deluded? Although “It’s the debt, stupid”, it’s funny how rarely central bankers mention the “elephant in the room”.
….
“Let’s take a step back for a second. Who are these people? They’re the same idiots that never saw anything coming. So whatever they think they see, or whatever they want to talk about, is meaningless because they are probably wrong about what they think…They are the cause of the problem. So why do we want to know what the idiots think about the current state of the economy?”- Bill Fleckenstein on King World News
-The only reason the “idiots” are worth listening to is to gauge the speed at which they will destroy the financial system.
…
Then there are the banks. The “asset” side of the banking system consists largely of loans to consumers and corporates (debt), bonds (debt) and the zero sum game of derivatives. The latter are opaque, but JPMorgan Chase now has a problem here. You didn’t really think that the bankers could create nearly a quadrillion dollars of notional derivatives exposure and not cause a catastrophe along the way?
….
Meanwhile the price of the only financial asset with zero counterparty risk in the biggest global debt crisis in history has been “locked down” for months. There is a reason. It must move in volume to where there is an insufficient quantity prior to the denouement of the current financial system. A new system is coming with a bigger role for gold.
….
“The only cure for a bubble is to prevent it from developing.”
Well it’s far too late for this financial system. Ten years ago, before the debt bubble became catastrophic, the free market could have resolved this issue. But Greenspan, the “Great Architect”, had to create yet another bubble in real estate and the “point of no return” was left far behind. Then the helicopter-flying monetary psychopath took over and he is creating the bubble to end all bubbles in MONEY itself.
Publié par claude@investlogic à 05:54