Draghi has as objective to drive ECB closer to American FED. He wants as much latitude as Bernanke, to eventually be the bailer of last resort. But there is something

more than Bernanke does not have, he has the possibility of taking political power. 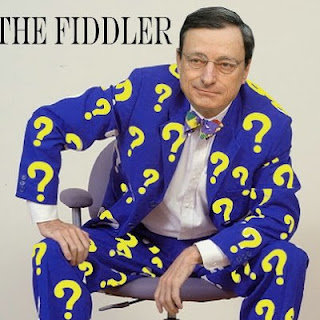 European Central Bank President Mario Draghi’s bond-buying proposal involves unlimited purchases of government debt with maturity between one and three years that will be sterilized to assuage concerns about printing money.

Facing a discordant and heterogeneous European group, Draghi and his accomplices at the ECB understood that they had a card to play. It is the same one they played with Italy. By ceasing buying Italian bonds on the secondary market, ECB succeeded in dispelling Berlusconi. With the help of some not very democratic leaders. It gave him some ideas. If ECB get the control of the purchases of sovereign bonds of toxic countries on the secondary market, then maybe some others countries, why not, then he can run the show, state the conditions, says what he likes and what it does not.

With Draghi in command, governments has the only choice to behave. If they accept the plan of the man of the International of the Bank, then «the Fear of the Wall of the Money» will make a real sense.

OMTs are purchases of sovereign bonds of one-to-three year maturities, with no ex ante quantitative limits set on the size of transactions.

OMTs will only be available to governments that have entered int
o a full or precautionary EFSF-ESM program, which permits the funds to make primary market purchases of sovereign debt.

OMTs will also be available to governments in existing programs when they attempt to regain private-sector market access.

OMTs will be terminated if governments fail to adhere to the terms and conditions of the EFSF-ESM program.

The ECB will not enjoy seniority on its holdings of securities obtained through OMTs, but will rather accept the same treatment as private creditors.

The liquidity-enhancing effects of OMTs will be fully sterilized via measures to reduce bank reserves.

The Securities Market Program (SMP) will be terminated. ECB holdings of securities obtained under SMP will be held to maturity.


ECB President Draghi asserted that OMTs would be a “fully effective backstop that removes tail risks from the euro area.” Investors seem to agree, at least for now.


The next step would appear to be for Spain to sign up for a precautionary EFSF- ESM program. Then we will obtain a truer gauge of the program’s effectiveness.

While the different players tackle the awkward issues behind these various permutations, we may see a “phony war” across the heartlands of economic and monetary union (EMU). During this time, the ECB, far from wading into the market to fight speculation of euro “convertibility” (Draghi’s quaint name for the euro breaking up), may simply sit on its hands and do nothing. The longer this lull in hostilities lasts, the greater may be the ferocity when combat eventually resumes.


One point that seems to have escaped markets’ attention is that the German Parliament has an effective veto over the aid programs that have to be in place before the ECB can open up its heavy artillery.

So far, as Draghi and his colleagues cunningly planned, markets have rowed back from their oversold positions toward the end of July, using the prospect of ECB action as a justification to reverse some of their extreme bearishness on Spanish and Italian bonds and in some cases to take profits.

Like the Grand Old Duke of York in the English nursery rhyme, the financial markets, having marched their troops up to the top of the hill and then run them down again, have brought about some goodly gains for short- and longer-dated Spanish and Italian paper. But there is no reason why the markets’ shock troops may not move back up to the top of the hill again if economies in peripheral countries run into fresh problems and circumstances conspire to produce no actual ECB intervention.

In last Thursday’s announcement of plans for “unlimited” intervention on short-term sovereign bond markets, Draghi was careful to point out that borrowing country governments will have to pull the trigger for action. They will have to apply for formal aid from the euro area’s EFSF and ESM rescue program.

Draghi didn’t mention that another set of governments will have to be asked — those from the countries supplying the funds for these rescue packages, i.e the full panoply of 17 EMU members. That may not be a problem for countries that are themselves in a mess. But Germany is a different story. 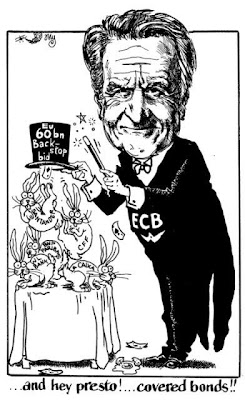 Jens Weidmann, the German Bundesbank president, has quickly outed himself as the one member of the 22-man ECB council who spoke out against the bond purchasing program on Thursday. With alacrity that has become the new-look Bundesbank’s trademark, his press office circulated the view immediately after the meeting that he regards such action as “tantamount to financing governments by printing banknotes” with “considerable risks “ for “various countries’ taxpayers.” No prizes for spotting which country Weidmann means.

Those who believe that Weidmann, having been boxed in a corner at the ECB, will now be silent and toothless will need to think again.

Quietly spoken, sporting youthful schoolmasterly severity, Weidmann has already gone on the central bankers’ version of a warpath in recent weeks, telling news magazine Der Spiegel that central bank bond market purchases were a form of drug addiction and that, “in a democracy, such a far-reaching mutualization of risks should be decided by parliaments and not by central banks.”


He has no choice but to come out fighting.

He will have plenty of opportunities, and no shortage of media-effective platforms, to put his views, either directly or indirectly (through leaks and indiscretions). It will be fascinating to see whether Weidmann appears before German parliamentary committees debating the pros and cons of EFSF/ESM programs for certain countries.

Appearing to be overly part of the political horse-trading would run counter to the Bundesbank’s famed independence. But, now that the ECB has plainly moved toward a quasi-political role, Weidmann may well cast such scruples aside.

Furthermore, the ECB council will have the right to deliberate on individual countries’ programs, including on the sensitive matter of whether they are actually fulfilling conditionality set by European governments together with (so Draghi hopes) the International Monetary Fund. Even though Weidmann is confronting a built-in majority on the council who think differently from him, he may well believe there’s a sporting chance of winning support from other creditor central banks on specific financing programs.

A host of other obstacles lies in store. Because of the success of Draghi’s pre-emptive announcements in encouraging short-term investors to pile back into weaker countries’ bonds, the governments concerned are in no hurry to apply for aid, especially considering the possibly onerous conditions that may be attached — as well as the additional stigma of an IMF imprimatur that Draghi has now introduced into the equation.

Mariano Rajoy, the Spanish prime minister, showed a characteristic mixture of nonchalance and inscrutability by brushing aside any question of applying for a formal aid program on Thursday, when he appeared in Madrid at a press conference with visiting Chancellor Angela Merkel.

Rajoy is clearly banking on getting the benefits of lower yields without having to take further austerity measures — a natural inclination for him, not one that will eventually satisfy financial markets.

Another risk is Wednesday’s planned judgment by the German constitutional court delineating the conditions for final legal approval in Germany of the permanent ESM rescue mechanism. Although the court may not go as far as hinting on the need for a referendum (which itself would be constitutionally highly difficult), it is almost certain to call for further safeguards to guard against constitutional violations.

This could both complicate the procedures for final ESM approval and open up a far greater degree of the ESM’s operations to German parliamentary verification — both actions that could damp the mood of relative euro optimism lately prevailing on financial markets. 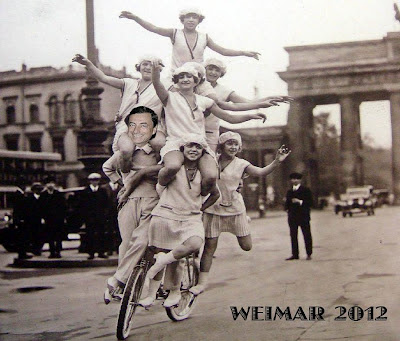