European Crisis : No HomeRun Yet !

“ In the council, there were men possessed of much more eloquence than I was: I always defeated them by this simple argument; two and two makes four.”
-Napoleon
You cannot pay off old debt with vastly greater amounts of new debt without consequences and, I assure you, there will be consequences. This paradigm does not work for a corporation or a sovereign nation and the borrower is eventually brought to his knees by the sheer weight of the debt that he has laden upon his back. The interest rate paid is only part of the equation with the rest being the absolute size of what is undertaken. 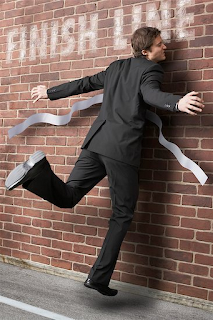 Germany, with a GDP of $3.55 trillion cannot hope, in any terms, to support a European construct that is over $15.2 trillion without the hammer of fiscal reality at some point whacking her backside with a very loud bang. The remaining economically sound nations of the Netherlands, Austria, and Finland also do not have the capacity  to support the rest of the Continent that is sliding into the pit of fiscal morass.
The European Central Bank’s recent announcement was at least a life buoyed. It is not “unlimited” or “no cap” that are really the operative words for the scheme but the “condition” of use that is the most important part. Any nation must apply for aid to the Stabilization Funds of the European Union and it then must be granted by all twenty-seven nations that own the ECB and not one Euro’s worth of bonds will be bought by the ECB until this process has taken place and been approved. The timeline here is not weeks but months and any decision will rest firmly upon the fact finding of the Troika which will be called in to assess and report to their Masters.
ECB has told us they will do nothing, nothing without formal application for aid and without all of the European nations agreeing as all twenty-seven countries own part of the ECB and not just the predominant seventeen so often discussed. They have also exempted Greece, Portugal, Ireland and Cyprus from any assistance and so the only nations under discussion are Spain, Italy and possibly France.
Spain is an admitted user of “dynamic provisioning” which is a long and academic argument for shifting reserves but in the end it means but one thing and one thing only and that is they are admittedly fiddling with their books. Spain is scared to death of the “Obermeisters of the Troika,”  that will show up in Madrid and demand explanation and sacrifice.  The European Central Bank closed the loophole with the condition for their assistance and Spain is now twisting in the winds of the tact the European Central Bank has signed up for and pledged allegiance.
I assert, regardless of the current misconception, that there is a cap and there is a limit and both are narrowly defined.
Publié par claude@investlogic à 16:19