The Gold Rush Into Myanmar

The Best Unopened Market in the World.

Following our quest in scouting new Emerging Markets (Searching for new Emerging) and (Scouting Mongolia) we are glad to update  our view on Myanmar and some promising discoveries.
We have the unique opportunity to increase its own levels of investment in the country boasting a strategic location between the economically dynamic areas of China, India and South-east Asia and a vast trove of natural resources, while also helping the Burmese government funnel the benefits of economic activity towards achieving sustainable and inclusive economic growth for the Burmese people.
Archibald Colquhoun returned from a trip to Myanmar (Burma) enthusiastic about the opportunities in the country. He wrote a book about it all: Burma and the Burmans: Or, 'The Best Unopened Market in the World'.
Colquhoun writes exuberantly about the oil resources of the country, as well as its jade, gold, copper and coal. There are dense forested hills of teak, unspoiled fisheries and fertile valleys. Nor did he forget the potential for reopening old trade routes connecting China and India.
The thing is, he wrote about all this in 1885.
But Colquhoun was right. By the 1920s, Burma was a regional hub and relatively rich. But after those prewar peaks, Myanmar suffered through a long period of decline and isolation, nurtured by an oppressive government. 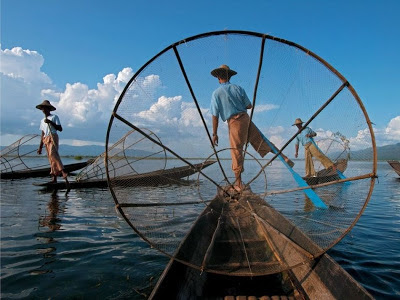 Today, Myanmar's economy is again in the news as it reforms and opens up to the world outside. It is a market of 60 million people poised to join the global economy. It is a large country, bigger than France, with rich stores of natural resources and much untapped potential.
Ian Gisbourne from UBS reported 'On the Ground in Myanmar'. Specifically, he considered some comparisons with Thailand, a country it was much the equal of 80 years ago and where the populations are close today:

As you can see from just this partial list, there are opportunities in tourism, hotels, power generation, cars, mobile phones, health care and agriculture. Myanmar is like a market frozen in time. But things are changing.
The biggest source of foreign investment right now is oil and gas. Natural gas is Myanmar's biggest export. (It supplies Thailand with 21% of its natural gas.) Yet the value of Myanmar's total exports runs to only $9 billion. Compare that with Thailand's total of $225 billion.
There is plenty to do on the oil and gas front. Myanmar is actually one of the oldest oil producers in the world. The country exported its first barrels back in 1853.
In agriculture, Myanmar is the world's second-largest exporter of rice. The alluvial deltas of the Irrawaddy River are ideal for growing rice. Scottish journalist Sir James George Scott marveled at the inexhaustible soil and the ease of cultivating it back in 1882. 'The laziest farm is swampland,' he writes, 'where the ordinary rainfall is sufficient to produce the sodden ground requisite for a rice crop.' He goes on:
Even today, most people in Myanmar work on farms growing over 60 different crops, including wheat, beans, rubber, sugar and oilseeds.
Beyond this, Myanmar has over 1,800 miles of coastline. Beautiful beaches lay almost untouched by human feet. A few developments have just broken ground. (And I had to smile at the quaint regulations, such as one that requires no building be taller than the coconut trees.) 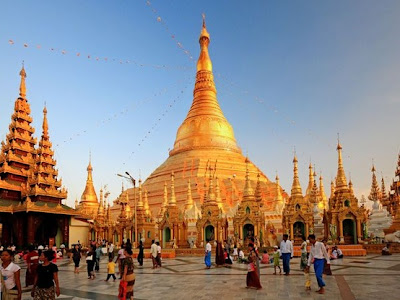 There are over 800 unexplored islands in the Andaman Sea. The country is a significant source of fresh fish and shellfish. It is also one of the largest sources of hardwood in the world.
Real estate is a big opportunity. But there has been virtually no development of any kind in Yangon (the old Rangoon). Gisbourne notes that one large shopping center in Bangkok has more retail space than all of Yangon - a city of 4 million people!
As the economy develops, the demand for things like hotels and office space and shopping centers will increase manyfold over what exists now. So will the demand for railways and highways, pipelines and refineries, cell towers and power plants.
Of course, predictions like these can go very wrong or take much longer to play out than expected. I read Norman Lewis' classic Golden Earth: Travels in Burma. Lewis is universally celebrated as a great travel writer, but he is prone to the occasional howler.
The best time to get interested in places like this is when they just start to open up. That time is now. My hunch is that Archibald Colquhoun's 1885 thesis is back in play. Burma, now Myanmar, is the best unopened market in the world.
For a complete review of opportunities and fair development see the European Institute for Asian Economy oct 2012
Publié par claude@investlogic à 05:46