Lieborgate not the end yet

Submitted by Tyler Durden on 07/22/2012 13:12 -0400 Thanks to his thorough investigations and comments
As Reuters reports, here come the arrests.
For over four years, virtually everyone in the finance industry knew that Libor was manipulated. The stench of manipulation rose to the very top and thanks to a document release of formerly confidential information, we now know for a fact that even the Fed was in on it - recall that as part of production, the Fed provided a transcript of an April 2008 phone call between a Barclays trader in New York and Fed official Fabiola Ravazzolo, in which the unidentified trader said: "So, we know that we're not posting um, an honest LIBOR." 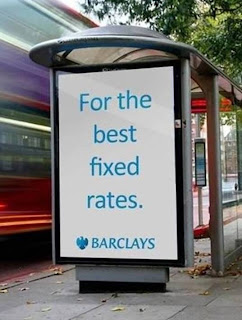 And yet without any tangible, black on white evidence, there was no catalyst for pursuing legal action. That all changed when in a desperate attempt to protect its ass, Barclays decided to rat out everyone by settling with regulators, and "turn state" producing e-mail based evidence, most of it quite visual (after all what is more tangible to the common man that evil bankers sipping on Bollinger), which essentially threw years of quiet cartel cooperation under the bus.
As a result, regulators, enforcers, and legal authorities, many of whom were in on this manipulation from the beginning, no longer had an excuse to not pursue civil and criminal charges against perpetrators, who until recently were footing the tabs at various gentlemen's venues and ultra expensive restaurants. And while the imminent waterfall of civil prosecution will force bank litigation reserves to go through the roof, here comes, with a very long delay, the criminal charges.
But before we get into it, we wanted to share something mildly curious involving that British Bankers Association: the entity that until recently at least, was implicitly in charge of the Libor fixing, submission, and distribution process (also the entity that will quite soon be non-existent). It involves the BBA's self-professed Governance process and obligations. The extract below shows what it is currently.
All aspects of the operation and management of bbalibor as a benchmark are the responsibility of the independent Foreign Exchange and Money Markets Committee ('FX&MM Committee'). This includes design of the benchmark and the governance and scrutiny of all bbalibor data and all panel bank contributions. BBA LIBOR Ltd undertakes the day to day running of the benchmark under the supervision of the Foreign Exchange and Money Markets Committee. As of 1st January 2010, BBA LIBOR Ltd. has been governed by an independent Board.

Thomson Reuters - the 'Designated Distributor' of BBA LIBOR - is tasked with collecting the daily submissions that are inputs into the bbalibor process and submitting them to rigorous checks before publishing the resulting calculation to the market. If any bank submission falls outside a defined set of parameters, Thomson Reuters will consult the contributor and request confirmation that the rate provided is correct, thus allowing any simple typing errors to be amended promptly. These parameters are agreed by the FX&MM Committee and are regularly reviewed to ensure they reflect prevailing market conditions and maintain the highest level of scrutiny over the rates.

There is a named individual at each bank responsible for submitting the daily bbalibor rates to Thomson Reuters and this will be the person responsible for the bank's cash - usually their title is 'treasurer' or similar. There is written guidance on what information that person should take into account when calculating that day's rates for his or her bank. As all contributor banks are regulated, they are responsible to their regulators, rather than BBA LIBOR Ltd. or the FX&MM Committee, for maintaining appropriate procedures for contributing, including the maintenance of internal chinese walls.
The reason we have bolded the third paragraph is that if one had gone to the BBA's Governance section as recently as a few weeks ago, or prior to Liborgate becoming front page news, the paragraph read something totally different. However, courtesy of the Way Back Machine, we have a great idea of just what the BBA quietly and under the radar tried to change vis-a-vis its own obligations and responsibilities in the Libor scandal. This is what the third paragraph said before.
BBA LIBOR Ltd. receives the fixings and underlying contributor data at the same time as all other live data recipients and monitors all submissions into the fixing process. Any anomalous rates are queried with the submitting bank, and a log of these queries is kept and given to the FX&MM Committee on a periodic basis, who may choose at their discretion to follow up these queries in line with established governance and scrutiny procedures.
Up until literally minutes ago, the question to be asked was why was this change made on the page, on a governance page of all places, a change which shirks responsibility and accountability and begs the question, did BBA log any queries of anomalous rates, did the FX&MM Committee follow up on any queries, or are they simply trying to bury something here? Now, thanks to Reuters, we know.
With arrests on deck, the BBA is doing everything it can to distance itself from what it knows with absolute certainty is about to be a shitstorm of epic proportions:
U.S. prosecutors and European regulators are close to arresting individual traders and charging them with colluding to manipulate global benchmark interest rates, according to people familiar with a sweeping investigation into the rate-rigging scandal.

Federal prosecutors in Washington, D.C., have recently contacted lawyers representing some of the individuals under suspicion to notify them that criminal charges and arrests could be imminent, said two of those sources who asked not to be identified because the investigation is ongoing.

Defense lawyers, some of whom represent individuals under suspicion, said prosecutors have indicated they plan to begin making arrests and filing criminal charges in the next few weeks. In long-running financial investigations it is not uncommon for prosecutors to contact defense lawyers for individuals before filing charges to offer them a chance to cooperate or take a plea, these lawyer said.

The prospect of charges and arrests of individuals means that prosecutors are getting a fuller picture of how traders at major banks allegedly sought to influence the London Interbank Offered Rate, or Libor, and other global rates that underpin hundreds of trillions of dollars in assets. The criminal charges would come alongside efforts by regulators to punish major banks with fines, and could show that the alleged activity was not rampant in the banks.
Actually what it will show is that criminal activity was not only rampant, but everyone knew about it, certainly the regualtors, and most certainly the Fed and the BOE. After all how could they not: they are the ultimate entities who manipulate rates. But for them it is a matter of "policy." As such they are desperate to throw anyone under the bus, as long as public attention is redirected from them.
So where will the first arrests come? Why the world's biggest bank of course.
The source familiar with the regulatory investigation in Europe said two traders who have been suspended from Deutsche Bank were among those being investigated. A Deutsche Bank spokesman declined to comment.
Then, once DB is down and out, next it will be a turn to not only break up of the IR derivative trading cabal in Geneva, but also extract a solid fee from the Swiss banks in the process.
The Financial Times reported on Wednesday that regulators were looking at suspected communication among four traders who had worked at Barclays, Credit Agricole, HSBC and Deutsche Bank.
And so the tide turns, as banks, all of which should have ended up as bailed out utilities in the aftermath of the Lehman collapse, will now be forced to fork over billions in cash to the same governments and administrations that bailed them out in the first place, under the guise of civil and criminal penalty disgorgement in what will almost certainly end up as the biggest financial settlement in history, one which will leave most of the world's banks sorely undercapitalized and force the Basel implementation of various capital requirements to be scrapped indefinitely.